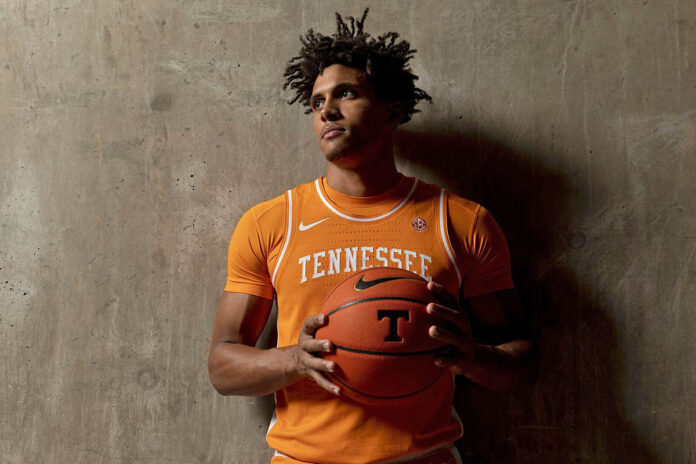 Knoxville, TN – The 13th-ranked Tennessee men’s basketball team is back at Thompson-Boling Arena this weekend to play consecutive home games for the first time this season, taking on Alcorn State Sunday at 5:00pm.

Fans can catch Sunday’s game on SEC Network+ and online or on any mobile device through WatchESPN. WatchESPN can be accessed through the ESPN App, or online at espn.com/watch. Andy Brock (play-by-play) and VFL Steve Hamer (analyst) will have the call.

Tennessee (6-1) followed up last week’s Battle 4 Atlantis championship in the Bahamas with a 76-40 victory over McNeese State on Wednesday. Reigning SEC Player of the Week Santiago Vescovi led the way with 16 points for the Vols, while Julian Phillips had 12 points, five rebounds, and a team-high four assists.


For the second straight game and third time this season, Tennessee is set to face a team for the first time in program history—the Vols and Alcorn State (3-5) have never previously met. It marks the seventh time that Tennessee has faced a SWAC member.

Tickets and parking passes to all Tennessee Athletics events, including men’s basketball, are now digital and can be accessed through a mobile device to improve security and reduce the risk of ticket fraud as well as make the process more convenient for fans.

Fans will gain admission into Thompson-Boling Arena via a unique QR code which will be scanned directly from a mobile device. For quick and easy entry into Tennessee Athletics venues, fans are encouraged to download the Tennessee Athletics app from the App Store (iPhone) and Google Play (Android).

Your mobile device is the ticket on gameday. All valid digital tickets will display a moving barcode or a hold near reader (tap-and-go) icon. PLEASE NOTE: SCREENSHOTS OF TICKETS WILL NOT SCAN AT THE GATE AND WILL NOT ALLOW ENTRY!

Printed PDF tickets will no longer be issued or accepted for entry at any Tennessee Athletics venue.

A complete step-by-step guide on how to best access and use your digital tickets and parking passes, including diagrams and FAQ is available here.

Tennessee has never previously faced Alcorn State on the hardwood, and Sunday’s clash mark’s only the seventh time in program history that the Vols will meet a current member of the Southwestern Athletic Conference.

Tennessee is unbeaten against SWAC opponents, with all six games taking place at Thompson-Boling Arena.

A Vols victory Sunday would extend UT’s home win streak to 21 games overall and to 18 games against non-conference foes (dating to a loss to Wisconsin on December 28th, 2019).

The Volunteers are in the middle of a three-game homestand, their longest of the season.
Reigning SEC Player of the Week Santiago Vescovi is 12 points shy of becoming the 54th Vol ever to reach the 1,000-point milestone.

Preseason All-SEC selection Josiah-Jordan James sat out Tennessee’s last four games due to left knee soreness. There is no timetable on his return.

The Volunteers own the best adjusted defensive efficiency in the country, allowing only 83.0 points per 100 possessions. For more on UT’s defense, see Page 3.

Five times this season, the Vols have held their opponents to 50 points or less. Tennessee held its foes to 50 or less five times all of last season and have now done it 25 times during the Barnes era.

Tennessee has yet to trail at the half this season and is outscoring its opponents 32.3 ppg to 23.4 ppg (+8.9 ppg) in first-half action.

The Vols are wearing their orange uniforms Sunday. In six known instances of the Vols wearing orange at home, they are 3-3. The two most recent home games in orange were losses—to Memphis in 2013 and to South Carolina in 2015.

Guards Santiago Vescovi and Zakai Zeigler each rank among the top 10 in the SEC in both assists and steals per game.

True freshman Julian Phillips has attempted more free throws this season (44) than every player in the SEC except Texas A&M’s Tyrece Radford (46) and Florida’s Colin Castleton (45 in eight games).

About the Alcorn State Braves

Alcorn State (3-5) enters Sunday’s matchup with Tennessee on the heels of back-to-back road losses out west—at Arizona State last Sunday, 76-54, and at Grand Canyon on Tuesday, 80-72.

In other notable results so far this season, the Braves have faced off against an SEC team—falling at Ole Miss in the season opener, 73-58—and have defeated a power conference opponent, taking down Wichita State last month, 66-57.

Aside from an exhibition game on Oct. 27, the Braves have yet to play a home game this season. Alcorn has played six true road games and two neutral site contests so far, and aren’t set to play a regular season home game until the start of SWAC play on January 2nd.

In the preseason, Alcorn State was picked to finish second in the 12-team SWAC by the league’s coaches. Sophomore guard Dominic Brewton and redshirt sophomore forward Keondre Montgomery were each named preseason second-team All-SWAC.

Alcorn State’s current leading scorers are Brewton and Byron Joshua, who is coming off a career-high-tying 30-point performance at Grand Canyon on Tuesday. Joshua is averaging 11.6 ppg and also leads the team in assists with 2.6 per game.

Brewton is also averaging 11.6 ppg and has scored in double figures during six of Alcorn’s eight games.

Only two of Tennessee’s seven opponents this season have managed to score more than 50 points.

Tennessee leads all Division I teams with five games in which they’ve held their opponent to 50 or fewer.

Even defending national champion Kansas topped out at an even 50 points when the Vols defeated the third-ranked Jayhawks in the Battle 4 Atlantis title game.

Tennessee has assisted on 70.8 percent of its made baskets thus far. That assist rate is second-best among all Division I teams and barely trails national leader Liberty (70.9).

Zakai Zeigler and Santiago Vescovi lead the way with 24 assists each (3.4 apg).

Dating to their final home game of the 2020-21 campaign, the Vols are riding an active 20-game home win streak (the sixth-longest active streak in the country).

Only five times in program history has Tennessee strung together more than 20 consecutive home wins, most recently from 2018-2019 (31 straight).