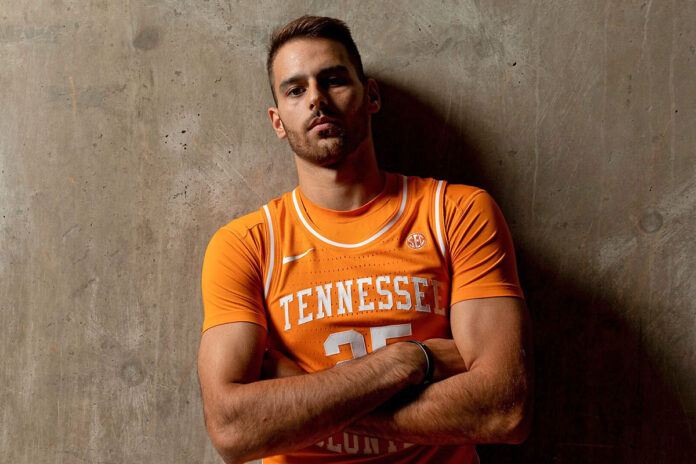 Fans can catch Wednesday’s game on SEC Network and online or on any mobile device through WatchESPN. WatchESPN can be accessed through the ESPN App, or online at espn.com/watch. Courtney Lyle (play-by-play) and Mark Wise (analyst) will have the call.

Tennessee (10-2) ended its pre-conference slate on a high note last week, heading into the holiday break with an 86-44 win over Austin Peay. Seniors Santiago Vescovi and Olivier Nkamhoua led the way offensively for the Vols—Nkamhoua scored a team-high 20 points on 9-of-11 shooting, while Vescovi went a perfect 5-of-5 on 3-pointers and totaled 18 points.

This season’s December 28th start date to SEC play marks the Vols’ earliest start of conference play since the 1989-90 season. Tennessee has won six of its past seven matchups with Ole Miss but fell to the Rebels during its last trip to Oxford on February 2nd, 2021.

Over the last five seasons, Tennessee has captured 69 total wins over SEC opponents (regular season and SEC Tournament)—more than any other program in the conference.

When the series is contested in Oxford, the Vols own a 27-26 advantage.

This season’s December 28th start date to SEC play marks the Vols’ earliest start of conference play since the 1989-90 season.

Tennessee has won six of the last seven meetings, with the loss coming in UT’s most recent trip to Oxford (February 2nd, 2021).

The Volunteers are 3-4 in SEC openers during the Barnes era.


This is the third straight season that UT has opened SEC play on the road. The Vols won at Mizzou in 2020-21 and fell last season at Alabama.

Tennessee ranks among the top 10 nationally in seven different stat categories—and top five in five of those categories.

Tennessee ranks second in the nation in offensive rebounding, pulling down 15.2 offensive boards per game.

Julian Phillips ranks fourth among all DI major-conference freshmen in offensive rebounding, with 2.42 per game.

Only one Division I freshman has attempted more free throws than Julian Phillips (70). Syracuse freshman Judah Mintz has shot 73.

Olivier Nkamhoua has a team-high 14 assists over the last four games. He ranks third on the team with 33 total assists this year after totaling just 41 assists through his first three seasons.

UT’s bench is giving the Vols 24.6 points per game despite the squad being regularly shorthanded.

For the fifth straight week, the Volunteers own the best adjusted defensive efficiency in the country per KenPom, allowing only 80.8 points per 100 possessions.

Tennessee owns the best 3-point defense in Division I (.201) and the second-best overall field-goal percentage defense (.329).

In 12 games, Tennessee’s opponents have only managed to make 54 3-pointers—4.5 per game. Three Vols have combined to make 69.

Eight times this season, the Vols have held their opponents to 50 points or less. Tennessee has now done that 28 times during the Barnes era (2015-present).

Only two opposing players have scored 20 or more points against the Vols this season.

Tennessee has yet to trail at the break this season and is outscoring its opponents 35.7 ppg to 23.4 ppg (+12.3 ppg) in first-half action.

Tennessee captured 69 total wins over SEC opponents (regular season and SEC Tournament) over the last five seasons—more than any other program in the conference.

Kentucky ranked second during that span with 67 total SEC wins, while Auburn ranked third with 62.


During that same time frame, the Vols also were the most successful league school in the SEC Tournament, recording a conference-best eight SEC Tournament wins.

Only Auburn (122) had more overall victories than Tennessee (119) in the last five seasons.

Ole Miss (8-4) has dropped four of its last six games after starting the season 6-0. The Rebels currently rank No. 92 in the NET rankings.

The Rebels’ non-conference slate was highlighted by wins over Florida Atlantic, Stanford and Temple and losses to Oklahoma, Memphis, and UCF. In its most recent game, Ole Miss fell to North Alabama at home on December 20th, 66-65.

Tennessee and Ole Miss have faced one common opponent this season. The Rebels defeated Alcorn State in their season opener on November 7th, 73-58. The Vols defeated the Braves on December 4th, 94-40.

Rebels’ head coach Kermit Davis is in his fifth season at the helm of Ole Miss’ program, having posted a 72-65 record during his time in Oxford.

Ole Miss’ main source of offensive production is preseason second-team All-SEC selection and junior guard Matthew Murrell. Murrell is averaging 15.6 points and 2.5 assists per game and has scored 20 or more points four times this season. Murrell scored 17 points on 6-of-9 shooting during the Vols’ and Rebels’ lone meeting last season.

Sophomore guard Daeshun Ruffin, Ole Miss’ second-leading scorer and assist maker when healthy last season with 12.6 ppg and 3.4 apg averages, is working his way back from injury and has appeared in the Rebels’ last five games.

Ruffin tore his ACL last season on February 1st and returned to action during the Rebels’ season-opening exhibition game, but then suffered a bone bruise that caused him to miss Ole Miss’ first seven games this season.

Murrell, a 2020 signee, and Ruffin, a 2021 McDonald’s All-American, are the two highest-ranked recruits in Ole Miss program history—both having been top-40 recruits at the time of signing.

The Volunteers made four consecutive 3-pointers to tie the game at 51 late in regulation.

Tennessee did not take its first lead of the night until overtime, when Olivier Nkamhoua drained a jumper 18 seconds into the extra frame. The Vols’ offense clicked in overtime, making 5-of-6 shots from the field, 2-of-3 from beyond the arc and 3-of-3 from the free-throw line.

Tennessee totaled 17 steals, its most in an SEC game since 2007.

Santiago Vescovi came through in the clutch for the Big Orange, exemplified by his “and-1” 3-pointer with 3:39 left in the game to jumpstart a Tennessee comeback. Following that 4-point play, he then sunk another three to tie the game with 1:10 left in regulation. Fifteen of Vescovi’s 17 points came in the second half and overtime.

Vescovi led all Vol scorers with his 17. Nkamhoua finished with 13 points on 5-of-7 shooting. Josiah-Jordan James added 10 points and led the team in rebounding with eight.

The Vols had 21 assists on 25 made field goals.

Zakai Zeigler had a then-career-best five steals, Kennedy Chandler had four takeaways and Vescovi had three.

Through the games of December 25th, Tennessee ranks second in the nation in offensive rebounding, pulling down 15.2 per game.

The Vols are converting those offensive boards into 14.4 second-chance points per game.
UT’s rebounding margin of +8.4 rpg ranks second in the SEC and 18th nationally.

A true freshman, Awaka has pulled down 30 rebounds—14 offensive—in his last 53 minutes played.

Over UT’s last three games, Awaka has a team-high 21 rebounds (despite playing only 41 minutes).

The Vols set a Barnes-era high during their win over Eastern Kentucky on Dec. 7, recording 56 total rebounds.

Tennessee’s rebounding prowess is even more impressive considering that the team’s leading returning rebounder, Josiah-Jordan James (6.0 rpg), has played in only five of UT’s 12 games.

This season, that sophomore duo is giving the team 10.0 points and 7.8 rebounds per game.

Following Wednesday’s SEC opener on the road, the Tennessee Vols basketball team takes a one-week break from competition before taking on Mississippi State in its SEC home opener on Tuesday, January 3rd. Tip-off is set for 6:00pm CT on ESPN2.

Facebook
Twitter
Pinterest
Email
Print
Previous articleAmerican Red Cross asks everyone to Give this Holiday, Give the Gift of Blood
Next article101st Airborne Division Soldiers Give to Local Students for the Holidays in Romania