The Right to Join a Union Makes America Strong

The right to organize and join a union is a fundamental right which must be preserved and maintained if we are to keep our nation strong. Unions built this nation and built the standard of living that all Americans today enjoy. With the help of trade unions in the United States, workers were able to gain new rights such as the forty hour work week, worker’s pensions, compensation for injury obtained on the job, and living wages. Without Unions we would look more like the developing world , where worker’s have few rights, face hazardous job conditions and receive little compensation for their employment. We would not have the strength and innovation that our economy has without the contribution of our workers and we would not have a healthy and inspired workforce without our unions.

There is a growing threat to worker’s right to organize in this country which must be addressed in a positive context if the right to organize is to be maintained. We must act in ways which preserve the rights of workers and strengthen our unions. There are currently three cases pending at the Bush-appointed National Labor Relations Board which will have a significant impact on workers’ right to form and join unions in this country. The three cases are: Oakwood Healthcare Inc. (UAW), Golden Crest Healthcare Center (USW) and Croft Metals, Inc.

These cases deal with the roles of supervisors in nursing, health care and manufacturing facilities. A broad interpretation of who is a “supervisor” could allow employers to strip hundreds of thousands of workers of their right to union protection. The impact is likely to be particularly dramatic in the health care industry, in construction, and in other skilled occupations where it is common for higher skilled workers to direct the work of lower skilled employees.

On Wednesday, July 12th I participated in a mid-day rally in Nashville to support the rights of supervisors to belong to a Union. Over one hundred people participated in this rally because they are concerned about the future of this country and the health of our economy. In order to preserve this right we must support the rights of all workers, including those classified as supervisors. Unlike other employees, supervisors do not have protected rights under the National Labor Relations Act to form and join unions, and employers often try to classify workers as supervisors in order to deny them the right to union representation.

The effects of a bad decision by the NLRB would be devastating to average Americans and would hurt our strength and effectiveness both locally and in the global economy. Skilled workers are especially vulnerable in this situation of losing their union representation. For example, registered nurses who tell nurse’s aides to perform certain tasks for particular patients and journeymen/building trades workers who direct other workers on a crew are in real danger of being falsely categorized as management under a new interpretation of the law.

Big business would like nothing more than to strip these workers of their rights, and employer groups ranging from the Chamber of Commerce to the American Hospital Association have filed briefs with the Board urging them to adopt a broad interpretation that would allow employers to reclassify many employees as supervisors, in effect shrinking or wiping out existing bargaining units, and stripping federal protection for the freedom to organize for hundreds of thousands of nonunion workers.

Working class people in this country and union members will not stand by and let the Labor Board clear the way for opportunistic employers to strip away their rights without a real fight. Workers deserve to be heard on the this issue, which is why thousands of union members have asked their members of Congress to appeal to the Labor Board for an opportunity to provide oral arguments. I support the rights of workers to organize and I believe preserving this rights of workers keeps America strong.

Chris Lugo
Green Party of Tennessee
Candidate for US Senate 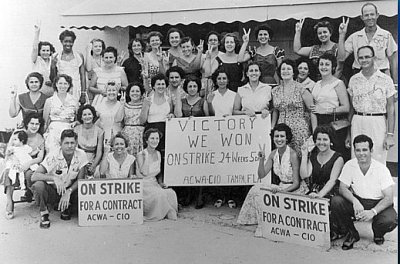