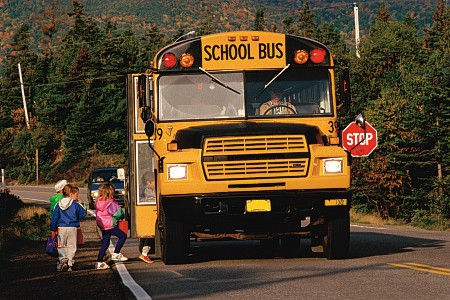 School opens this week (Thursday in Clarksville) in most area schools. Please keep a watchful eye for children crossing streets, and remember to stop for school buses (it’s the law)!

Having lived in the area for three and a half years, I remain amazed by the early start to the school year. Having watched severe heat waves unfold in August for two of those three summers, I remain amazed that more school children, teachers, and bus drivers aren’t sickened by the excessive heat in the time it takes to line up, board, travel and debark from the yellow academic arks. Short for archaic?

Pools close just as the hottest month of the year kicks in, leaving parents with other young children unable access that form of cooling, and leaving no cooling options for the hot weekends still to come. Pools close because the school year starts, and many of the young lifeguards are heading back to class. And do they close this early out of antiquated habit?

The county clings to closure in May, before the summer heat sets in, which sets the stage for the first-day-of-school surge in August, just as temps will hit 100+ with high humidity, dangerous heat indexes, and poor air quality. Again. Of course, everyone will feel better too as they inhale the exhaust fumes and feel the heat radiating off a dozen or two buses and cars in crowded school parking lots when the mercury crosses the century mark. Are bus drivers certified in first aid and prepared to deal with heat exhaustion?

Add to all that the reality that air conditioning bills for the schools are a nightmare still in development, given the surge of people crowding into hallways to generate even more heat.

I believe it would make so much more sense to keep students in school until mid-June, and return closer to Labor, and closer to the starting time-line of most colleges and universities. Let our children stay home, and stay cool, in the hottest month. School will still be there in September, and in June.