HomeArts/LeisureAcross the Universe: 'Hair' meets 'Rent' in a rock musical for the...
Arts/Leisure

Across the Universe: ‘Hair’ meets ‘Rent’ in a rock musical for the 21st century

Once in a great while a movie comes along, a film that is perfection, a film that is a coalescing of sight, sound, story, imagination, message, heart and history that warrants a slot on the best movies of the year list. For Julie Taymor’s Across the Universe, that title may be extended to my list of best films of this decade.

Across the Universe is tatamount to time travel for us baby boomers. It begins sweetly, siftly, sentimentally, with a lonely youth, sitting on the shore in England, singing the wistful lyrics to Girl and looking out over the waves. yet there’s a hint of things to come, images superimposed with a suddenly wild surf, images of dissent and violence and anti-war sentiment that erupted in the 60s. 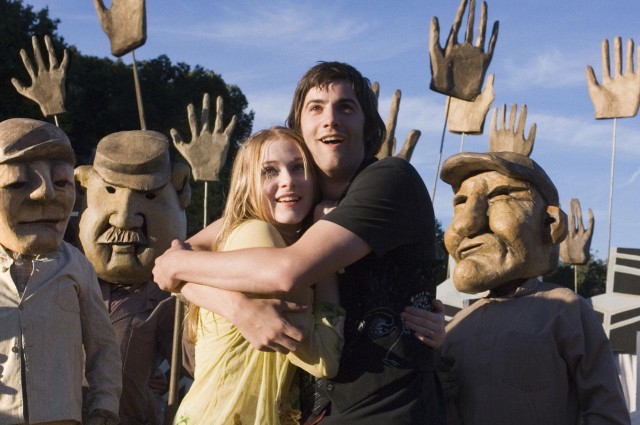 The film shifts to lovely blonde girl in America, falling in love with her All-American sweetheart, Daniel (Spencer Liff). It slides into Hold Me Tight with juxtaposed images of the boy with ‘Paul McCartney” looks now in a pub in England, not unlike the Cavern Club in Liverpool where the Beatles first started making music. The girl he has yet to meet in America dancing up a storm at the prom. It’s the end of post WWII euphoria and an era that became the Kennedy’s ‘Camelot,’ a time of innocence about to be shattered.

The boy is Jude (Jim Sturgess, left), the girl, Lucy (Evan rachel Wood). He’s on his way to meet his American father for the first time; she’s saying goodbye to her boyfriend, who’s on his way to Vietnam by way of basic training. In a flash of the serious underpinnings of Across the Universe we see two soldiers on the porch, Daniel’s mother crumpling to the threshhold in tears, and young women in little black funeral dresses standing by a grave as the flag is folded. I had one of those little black dresses when my first friend died in ‘Nam in ’66. All of my friends had them. The movie made its first thrust and hit home.

As we start this journey, we meet other characters: the vulnerable Prudence (T.V. Carpio) singing of want and young desire; New Yorker Sadie (Dana Fuchs, at left), seemingly on the fast track to stardom and a take on Janis Joplin; JoJo (Martin Luther, at right), a guitarist with a rock and roll dream and a take on Jimi Hendrix(this character is also a spin off from the lyrics “Jo Jo was a loner…”; and Max (Joe Anderson), Lucy’s brother who has just burned his induction notice.

Jude joins Max and Lucy at their home for an all-American Thanksgiving dinner, a dinner that disintegrates into an argument over Max leaving college to go to New York and find work. We start to hear comments like “maybe Lyndon Johnson will change his mind” and “going to Canada” to avoid the draft.

JoJo emerges singing Let It Be against a backdrop of racial violence; it is after all the era of assasinations: two Kennedy’s and a King. JoJo sings the song as he walks through a battle-torn urban landscape where race wars have played out to tragic consequence. We stare as the body of child against a burned out car, and watch as a choir signs the funeral songs than marks the death of innocence. The death of the black child is counterpoint to the film’s second funeral, that of the soldier Daniel.

In New York, we see a flip side to the comfort zone of middle America as the film moves into the colorful psychedelic era of the peace movement, with its not unexpected implication of drug use. Tim Leary, the SDS and the escalation of the peace movement that has its own built-in violence. We travel the foundations of the take-over at Columbia, a march on Washington, and the unrest that settled over college campuses across the country. 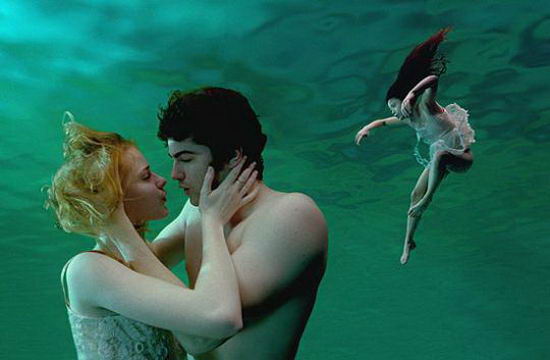 We drink the kool aid and take a Magical Mystery bus “trip” (above right) to Leary country via a character called Dr. Gary, with stunning fragments of imagination gone wild, the shrapnel of an explosion of reality and dreams set against a backdrop of the real-life surrealistic art Bread and Puppet Theater of Glover, Vermont (below), and a reposing (left) of the famed Rolling Stone (1/22/81) cover of John Lennon and Yoko Ono . 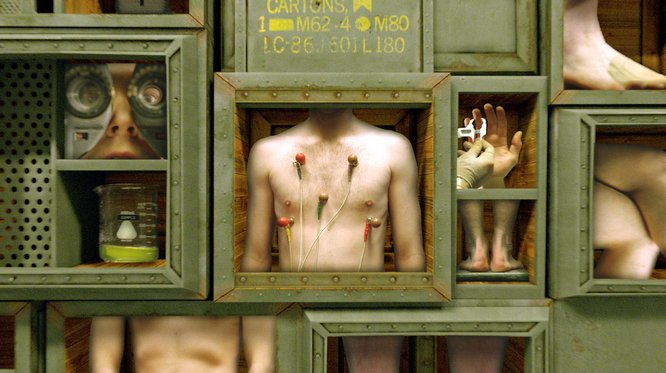 Induction day for Max is a pivotal moment in the film and one of its best as, in true magical mystery style the poster of Uncle Sam reaches out to grab him, ushering him onto a conveyor belt of young men, heads shaven and stripped down to their shorts, moving through the ranks of square-jawed toy soldier recruiters who send them assembly line fashion to the battlefields of Vietnam (in the iconic Hair, it was the long line of soldiers disappearing into the caverns of a transport plane.)

In one striking sequence, these bare-bones, skivvy-garbed recruits are seen carrying a huge statue of Lady Liberty across the war ravaged fields of Vietnam. The styling, choreography and imagery is gut-punching powerful, and director Taymor moves to a place beyond brilliant with this sequence. She delivers another anti-war punch in a surrealistic hospital setting where a wounded Max is being pumped up with addictive morphine. 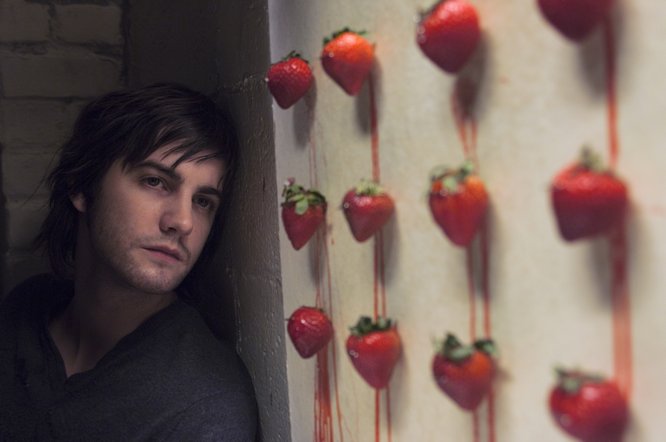 As Jude struggles with his art and with references to other Beatles trivia like the split green apple logo), he develops a Jackson Pollock style of art, much like Stuart Sutcliff (the Beatle’s original bassist). Meanwhile, Lucy deepens her involvement with student radicals and the bond between them are slowly torn apart. The story even taps into the Beatle’s illegal rooftop concert to round out this story line.

The intricate use of Beatle’s music to create this love story and its 1960s/early 70s setting combined with political history to make an anti-war statement that is every bit as valid today given the Iraq War as it was in the Vietnam era.

For those familiar with Beatle’s filmography — Hard Day’s Night, 1964; Help, 1965; Yellow Submarine, 1968 and Let It Be, 1970) — Across the Universe will look and sound wildly familiar, for the entire film threads a new story through vintage Beatle’s music covered by new performers. Ninety percent of the music was recorded by this incredibly talented cast on site and the new covers of the Beatles’ hits are every bit as good as the originals, just a tad different. There’s room enough for both.

Across the Universe is the kind of film one wishes for, an elusive creature that tantalizes, amuses, prods, provokes and above all satisfies. It takes a bit of yesterday and shows us that some things never change in love and war.

Across the Universe was my momentary step back in time; my reality is the deja vu called Iraq. To quote a non-Beatle’s song: “when will they ever learn…”