Seeking a true depiction of our history

“The Confederate fighting force was white, but much of its support was black.” 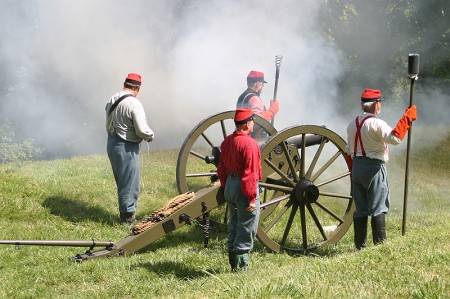 The recent living history enactment at our own Fort Defiance/Bruce was embroiled in some controversy. The presence of African Americans as Confederate soldiers was highly disputed. Some claimed this an accurate representation of historical fact. Sadly, research has shown it was not quite so. The record shows that despite the obvious advantage such a measure would have given the South, the Confederate leadership steadfastly opposed slave emancipation and arming to defend the South.

One the Confederacy’s most brilliant strategists, Major General Patrick Cleburne, a division commander in the Army of Tennessee, in 1864, proposed freeing slaves who agreed to fight for the South. He was not a slave owner himself and cared nothing for slaves or the institution of slavery. He did, however, wish to secure the establishment of the Confederate States of America.

As Cleburne saw it, the South was denying itself a tactical resource which the Union Army was utilizing against it at every turn as it gained more territory and ground the South into otherwise inevitable defeat. In his proposal, Cleburne admitted that only way to win Black support of the Confederate cause was to grant freedom to the slave and his family.

Some in the Confederate government saw General Cleburne’s proposal to arm emancipated slaves as an admission the Confederacy had been wrong about slavery.

“If we are right in passing this measure we were wrong in denying to the old government [the United States] the right to interfere with the institution of slavery and to emancipate slaves, Virginia Sen. Robert M.T. Hunter said. Besides, if we offer slaves their freedom … we confess that we were insincere, were hypocritical, in asserting that slavery was the best state for the Negroes themselves.”(1) 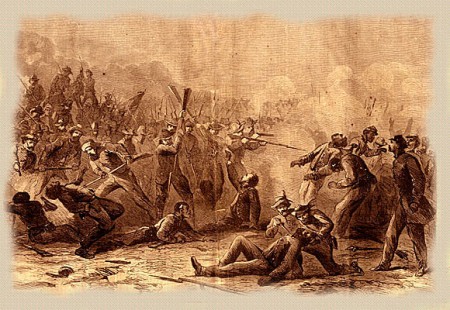 Additionally, Maj. Gen. Nathan Bedford Forrest , a slave trader before the Civil War, whereby he amassed his personal fortune, was was said to be opposed to arming or emancipating slaves and his forces are documented with committing some of the heinous butchery of the war upon Black forces in the Union Army. His refusal to recognize Black Union soldiers as prisoners of war and the savagery inflicted upon those surrendering Black forces at the Fort Pillow Massacre is often cited in support of this argument. (2)

“By their own words, to Confederates the war was all about preserving their “property” in slaves. For example, plantation mistress Catherine Edmondston condemned any attempt to arm slaves because it would “destroy at one blow the highest jewel in the Crown.” “Our independence,” chimed in North Carolina Gov. Zebulon Vance, “is chiefly desirable for the preservation of our political institutions, the principal of which is slavery.” And Brig. Gen. Clement H. Stevens spoke for most Confederate officers when he announced, “If slavery is to be abolished then I take no more interest in our fight.”” (3)

The suggestion that Blacks, slave or freedmen, were welcome additions to the Confederate forces comes mainly from those espousing what is called ‘The Lost Cause’ rhetoric, whereby the war had never been fought for slavery. However, again historians and scholars have found witness in the Confederates own words that contradict this revision of historical facts — “In the increasingly embittered debate of 1864-65 over black enlistment, the proposal’s advocates charged that their fellow Southerners would, in the words of a Georgia congressman, “give up their sons, husbands, brothers & friends, and often without murmuring, to the army; but let one of their negroes be taken, and what a howl you will hear.” (4) 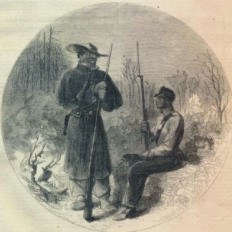 Yet there are accounts that attest to Black presence and support in the Confederate forces. “Early in the war, “Free Negroes” tried to enlist in the Confederate army. Black militia units, most notably in Louisiana, rushed to join in the war. The Confederate government did not accept the black militia units for army duty. None of the units appear to have been in combat, but many may have performed what is called combat service support today. Thousands of African Americans marched off to war for the Confederacy. Many accompanied their masters, and there were isolated instances throughout the war of these “body servants,” as these slaves were called, taking up arms when their masters went into combat. Many other slaves served as laborers for the Confederate army. During the Atlanta campaign of 1864, for instance, Confederate Gen. Joseph Johnston used thousands of slaves to prepare fortifications as his army sparred with that of Union Maj. Gen. William T. Sherman. Thousands more slaves served the Confederate army driving horsedrawn supply wagons. The Confederate fighting force was white, but much of its support was black.” (5)

If the above assertions are correct, then how do we explain Jefferson Davis’s rejection of General Cleburne’s emancipation proposal. And why then did the Confederate Congress wait until the final six months of the war, after the fall of Atlanta in September 1864, to pass legislation approving Black enlistment. In late February and early March of 1865, with the Confederate Army numbers dwindling from astronomically high desertion rates, after heated debate, a halfhearted bill was passed which did not conscript nor emancipate any slave. Slaveowners had to volunteer their slaves. (6) Much historical accounting attests that there was no widespread support for the notion of Blacks bearing arms for the Confederacy. Personal diaries and letters, as well as Confederate congressional records show that armed slaves was the nightmare image abhorred across the South.

It is difficult to reconcile claims of massive slave and freedmen support for the Confederate cause given the persuasive evidence to the contrary. The claims of large scale slave support and participation of Blacks for the Confederacy simply fails any credible examination of the historical records. Those seeking to rearrange the documented records of history will first have to do away with contradictory testimony from their own ancestors and many Civil War archives.