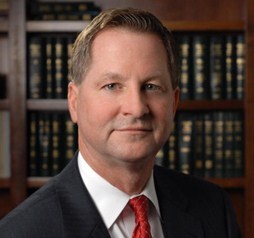 Leaders from Montgomery County gathered to hear State Senator Thelma Harper speak and give her support to Tim Barnes, Democratic Candidate for the Tennessee State Senate District 22. They left this event with a deeper understanding about what this race is really all about.

Thelma Harper has served in the Tennessee state Senate for more than 14 years; she has seen more than her share of politicians come and go. Harper addressed the audience with the kind of fire that has made her one of the most powerful senators to ever represent Tennessee. But sadness in her voice could also be heard every time she mentioned the name of the current senator Rosalind Kurita.

It was Thelma Harper who some time ago came to Clarksville to lend her support to a young up and coming candidate from Montgomery County. It was Thelma Harper who walked these same streets with Kurita and it was Thelma Harper who welcomed her with opened arms when she arrived for her first day on Capitol Hill. Senator Harper, the first African American woman elected to the Tennessee State Senate, knew how it felt to not only to be a minority but also what it meant to be one of the few women senators serving her state and country on capitol hill.

On this night, Thelma Harper told a story of how Rosalind Kurita crossed party lines and cast a vote giving the Republican Party control the Tennessee state senate. It was a speech about trust, a word Senator Harper repeated several times during her emotional speech.

Harper spoke about knowing that if a vote comes up that creates more jobs for Tennesseans or better educational opportunities for our kids or a bill that provides every person a chance to become a home owner that you are going to have a senator in place you know you can trust to do the right thing. Without hesitation, Harper proudly proclaimed Tim Barnes to be that person. While she said she once saw Rosalind Kurita as the future of the Democratic Party, she now sees that in Tim and stressed that only Tim Barnes can undo the harm Rosalind Kurita’s vote has caused the party.

She encouraged all in attendance to get to know the candidates and to hold them accountable to their word, stating her belief that “your word should be your bond,” and that trust and accountability are just a few of the things we as voters should expect from our elected officials.

Senators Harpers speech had all the ingredients of a powerful motivational moment, but at the same time you could have heard a pin drop in the room. The experience was deep as it was moving.