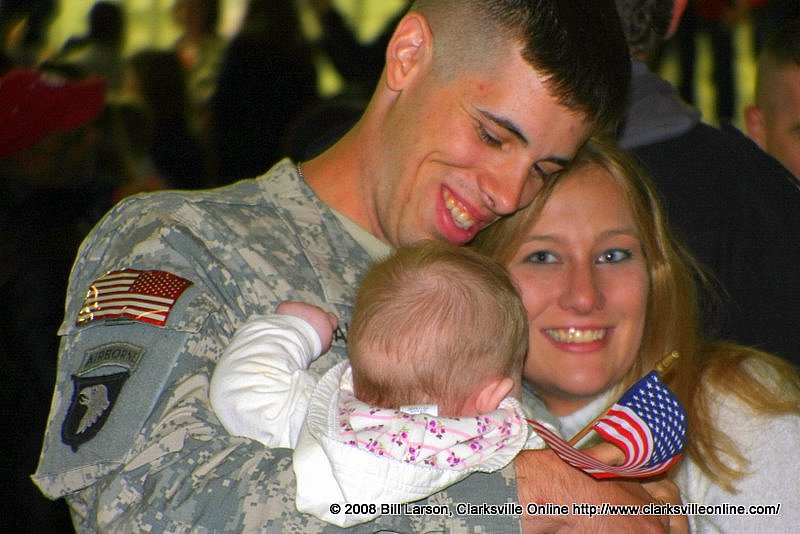 In the dark of night 200 American soldiers, members of the Screaming Eagles of Fort Campbell, Kentucky and Clarksville, Tennessee,  returned home from their tour of duty in Iraq.They landed at approximately 1 a.m., but the late hour did not deter either spouses or children from gathering for long awaited reunions with their loved ones.

After hours and hours of travel, the  soldiers put feet to pavement on U.S. soil, but had to wait through formal ceremonies before the hugs, kisses, tears and smiles could happen. Most poignant were the images of soldiers seeing their babies, born while they were in Iraq.  Even after the families gathered, soldiers were separated and required to take part in a “reintegration” briefing before finally heading home.

This group is the first of several that will be returning home in coming weeks.

Clarksville Online was on hand to capture these images of 200 member torch team made up of the 2nd and 3th BCT, returning home from a 15-month tour of Iraq. (All photos by Bill Larson)