Counterfeit bills popping up in Clarksville

According to the Clarksville Police Department, There have been several incidents of Clarksville businesses and individuals receiving counterfeit currency.  The holiday season offers individuals trying to pass counterfeit money more opportunities due to the sheer volume of money changing hands. 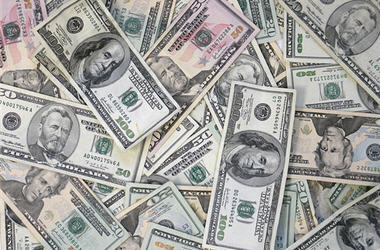 We offer the following hints to reduce your chances of being a victim of counterfeiters:

You can help guard against the threat from counterfeiters by becoming more familiar with United States money. Look at the money you receive. Compare a suspect note with a genuine note of the same denomination and series, paying attention to the quality of printing and paper characteristics. Look for differences, not similarities.

Portrait: The genuine portrait appears lifelike and stands out distinctly from the fine screen-like background. The counterfeit portrait is usually lifeless and flat. Details merge into the background which is often too dark or mottled.

Border: The fine lines in the border of a genuine bill are clear and unbroken. On the counterfeit, the lines in the outer margin and scrollwork may be blurred and indistinct.

Paper: Genuine paper contains no watermarks. It has tiny red and blue fibers embedded throughout. Often counterfeiters try to simulate these fibers by printing tiny red and blue lines on their paper. Close inspection reveals, however, that on the counterfeit note the lines are printed on the surface, not embedded in the paper. It is illegal to reproduce the distinctive paper used in the manufacturing of United States currency. Some people believe that a bill must be counterfeit if the ink rubs off. This is not true. Genuine currency, when rubbed on paper, can leave ink smears.

Raised notes: Genuine paper currency is sometimes altered in an attempt to increase its face value. One common method is to glue numerals from high denomination bills to the corners of a note of lower denomination.

These bills are also considered counterfeit.  If you suspect you are in possession of a raised note:

If you receive a counterfeit: