ASVAB: Backdoor military recruitment in the guise of “career testing”

Tucked inside a handbook my grandson brought home from school was a score sheet not unlike what one might expect from No Child Left Behind or any standardized state Achievement Test paper. Scores and tables and percentiles. Okay. And then I looked closer. Read the fine print (almost needed magnifying glasses for my 58-year-old eyes).

Although it masquerades as a “career exploration test,” I was appalled when I first read the tidbits on the grading sheet, test materials and booklet on a test called the ASVAB, a test most high school juniors (11th grade) take.

ASVAB, you ask? What’s that? ASVAB stands for Armed Services Vocational Aptitude Battery; I had to visit three websites to find the acronym actually spelled out. Yep. My grandson, 17, has been tested by the U.S. Government and the only reasons for that are the probability of intense recruitment efforts or the possibility of forced military service — i.e.: a draft. It’s a logical conclusion, given the issues facing recruiters in a country increasingly disenchanted and disgusted with the policies behind the Iraq War (and the physical, emotional and financial cost of that war), policies that have tens of thousands of U.S. troops deployed in the Middle East, policies that have stretched our troops to the breaking point.

I sat at the kitchen table, thinking that most parents may be under the impression that this is just another in a long line of standardized tests offered as our children move from kindergarten to grade 12. Not so. Except for the local school, nobody in the Departments of Education at the County, State or Federal level see these tests. Instead, the results are fed directly to the military. Further research linked me to a nationwide network of peace and social justice organizations targeting this issue.

To quote directly from the test score sheet sent to parents in the Clarksville-Montgomery County school system:

“Personal identity information (Name, social security number, street address, and telephone number) and test scores will not be released to any agency outside of the Department of Defense (DoD), the Armed Forces, the Coast Guard, and (your) school. Your school or local school system can determine any further release of information. The DoD will use your scores for recruiting and research purposes for up to two years. After that the information will be used by the DoD for research purposes.”

“The Military Entrance Score (also called the AFQT), which stands for Armed Forces Qualification Test) is the score used to determine your qualifications for entry into any branch of the United States Armed Forces or the Coast Guard. The Military Entrance Score predicts in a general way how well you might do how well you might do in training and on the job in military occupations. Your score reflects your standing compared to American men and women 18 to 23 years of age.” 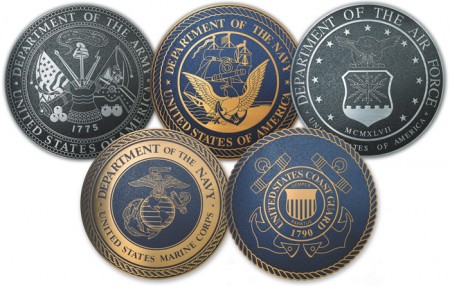 The United States Department of Defense developed ASVAB with input from a panel of career development experts and “designed to encourage students to increase their level of self-knowledge and to understand how that information could be linked to civilian and military occupational characteristics.” The ASVAB Program recently was re-designed (app. 2002) to “be helpful” to virtually all students, whether they are planning on immediate employment after high school in civilian or military occupations, or further education at a university, community college, or vocational institution. The Armed Services Vocational Aptitude Battery (ASVAB) is a multiple choice test, administered by the United States Military Entrance Processing Command, used to determine qualification for enlistment in the United States Armed Forces.

The “High School Version” is officially called “Form 18/19.” It’s a paper-based ASVAB commonly given to juniors and seniors in high school through a cooperative program between the Department of Defense and the Department of Education. The test is offered at more than 13,000 high schools and post secondary schools in the United States. The primary purpose of this test is not for enlistment in the military (although the test scores can be used for military enlistment (Ed: Then why is it that only the DoD gets the results?). The primary purpose of this test is to help school counselors and students discover where a student’s basic aptitude lies. Approximately 900,000 students take Form 18/19 ASVAB each year.

The test is often optionally administered to American high school students when they are in the 11th grade, though anyone eligible to and interested in enlisting can take it. The ASVAB was first instituted in 1976, and it underwent a revision in 2002. In 2005, the test’s percentile ranking scoring system was re-normalized, to ensure that a score of 50% really did represent doing better than exactly 50% of test-takers.

The test grades highlight six areas or interest: Realistic, Artistic, Social, Enterprising, Conventional, and Investigative. Each of these areas is linked to specific career choices. The catalogue shows pictures of happy people swiming, making music, repairing bicycles, becoming firefighters, filmmaking, and exploring the world in science and travel. Interspersed are also things like flight mechanic, pilot, aircraft launch and recovery, artillery and missile crews, armored assault vehicle crews, and … you get the idea.

“The reason to have a military is to be prepared to fight and win wars…it’s not a jobs program.” ~~ Vice President Dick Cheney

ASVAB gives the military easy access to nearly a million high school students nationwide, presenting the test as “voluntary” despite the fact that tens of thousands of high school students are forced to take it. High schools in at least 34 states across the country require all juniors to take ASVAB, a military entrance exam given to fresh recruits to determine their aptitude for various military occupations. The test is given to high school students because school administrators are convinced it assists children in identifying a wide range of appropriate career paths. The ASVAB is also used to recruit students into the military.

ASVAB ‘Career Exploration Program’, as the military prefers to call it, provides the the DoD with access to high school children through an obscure privacy loophole. The testing program circumvents the opt-out provisions of the Family Educational Rights and Privacy Act (FERPA) and Section 9528 of the No Child Left Behind Act. The ASVAB contains no requirement of an opt-out notification. Unless a high school takes measures to protect student privacy, the data from the test is forwarded to recruiters and to the military’s Joint Advertising Market Research and Studies (JAMRS) Program, a massive database that has compiled 4.5 million records of 16-18 year-olds.

“The No Child Left Behind Act requires schools to give students’ contact information to military recruiters — or that individual students and parents can opt out of this requirement. Some schools are informing students and parents and providing opt-out forms, sometimes as a result of community pressure, but many aren’t.” ~~ Community Media Workshop

Although military regulations do allow schools to preclude test information from reaching recruiting services, school administrators are often unaware of the option and few elect to protect student privacy. According to data released by the U.S. Military Entrance Processing Command (USMEPCOM) in November, 2007, only 5.7% of the 573,504 students who were given the ASVAB in fiscal year 2007 were tested on condition that their data not be released for recruitment purposes. Without parental consent, children who sit for the four-hour ASVAB sign a “Privacy Statement” that gives permission to the military to use social security numbers, sensitive demographic information, and test results for recruiting purposes. This practice runs counter to state laws that protect the privacy rights of minors, according to a brief by the National Lawyers Guild, Los Angeles Chapter.

Students can “opt out” of the handing over of their contact info to military recruiters by their school.

“The military asks school administrations to give them the phone number and addresses of all junior and senior students.  The law says that if a student has a letter or form signed by his/her parent which states that the school does NOT have permission to give out their child’s contact info to recruiters, then the school must respect the parent’s decision and not give up the info. ‘Opt out’ policies vary from school to school, district to district,   If there is  a form, it is often in the stack of papers students get in the first few days of school and it is highly overlooked.  In fact, some schools do not even know their own policy, so you have to push them to find out, and if they do not have one in place then you can help create that policy.  In the meantime, however, they must accept your requests in whatever form you give them.” ~~ National Organization Opposing Militarization of Youth

What is amazing is that this test, administered so comprehensively to our American students, has generated an ASVAB for Dummies on the market. What is even more amazing is that someone somewhere thinks you can study for a test designed to measure your personal interests!

When my granddaughters received military recruiting information, my daughter and I tore it up, unopened. We will do the same for my grandson, who is “helper” of a kinder, gentler mentality. This “career exploration” test is nothing less than a try-out for military service administered to a captive audience of millions of students hovering within a year or so of “draft-able” age — 18.

Under current law, young men aged 18-25 must register with — place their names on a list maintained by — the Selective Service System (SSS). Citizens must register within 30 days of their 18th birthday. Non-citizens must also register, unless they’re in the country on a student visa or visitor’s visa. (Check the SSS web site for more detailed information on registration requirements.)

Refusing to register is against the law. The penalty is a fine up to $250,000 and up to 5 years in jail. However, a large number of people have not registered and, since the mid 1980s, no one has been prosecuted. But non-registrants can be denied government jobs and financial aid for college. Immigrants can be barred from becoming citizens. In addition, many states impose restrictions on non-registrants, such as denying them a driver’s license. ~~ Resource Center for Non-Violence

I grew up in an era of draft when the staging ground of war was Vietnam and Cambodia. The only way a draft would be remotely palateable at this time in history is if it contained an option for peaceful non-military community service for both young men and young women. The 21st century mandate for war has never impressed me; this backdoor evaluation of potential draftees appalls me. The Vietnam/draft era is revisited in the recent film, Across the Universe, a Beatles retrospective in which “dime a dozen” draftees are rubber stamped into the war zone, charged with bringing liberty to the far side of the world.

Here is a list developed by the RCNV (Resource Center for Non-Violence) of what to work for at your high school in terms of “opting out:”

For more information, visit these websites: