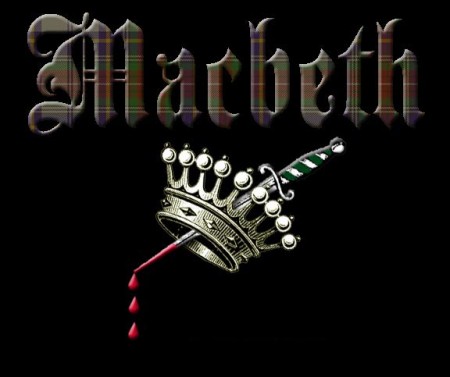 William Shakespeare”s MacBeth steps onto the Roxy Regional Theatre stage tonight for a three week run, with performances slated for  March 6,7,11,12,13 at 8 p.m. and March 14 at 2 p.m.

This theatre classic depicts the  anatomy of the relationship between ambition and corruption. Macbeth is one of Shakespeare’s most bloody and fear-filled tragedies. Often regarded as archetypal, the play tells of the dangers of the lust for power and the betrayal of friends. Based loosely on the historical account of King Macbeth of Scotland many superstitions are centered on the  belief the play is  “cursed,” referring to it instead as “The Scottish play”.

The play begins with the brief appearance of a trio of witches and then moves to a military camp, where the Scottish King Duncan hears the news that his generals, Macbeth and Banquo, have defeated two separate invading armies. Following their pitched battle with these enemy forces, Macbeth and Banquo encounter the witches as they cross a moor. The witches prophesy that Macbeth will be made thane (a rank of Scottish nobility) of Cawdor and eventually king of Scotland.

Lady Macbeth desires the kingship for her husband and wants him to murder Duncan in order to obtain it. When Macbeth arrives at Inverness, she overrides all of her husband’s objections and persuades him to kill the king that very night. While Duncan is asleep, Macbeth stabs him, despite his doubts and a number of supernatural portents, including a vision of a bloody dagger.

The story continues with an intricate of plotting, murders and prophecies unfurled.