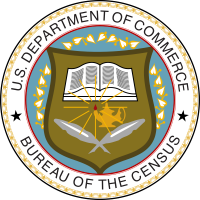 Washington, DC — The U.S. Census Bureau today released July 1st, 2009, population estimates for each of the nation’s incorporated places, including cities, boroughs and villages and minor civil divisions, such as towns and townships. The new estimates are not 2010 Census population counts. They are, however, the last estimates to use 2000 Census results as a base.

In December, 2010, Census state population counts – used to apportion seats in the U.S. House of Representatives – will be delivered to the president. By April 1st, 2011, the Census Bureau will release 2010 Census counts for counties, places and smaller geographic areas.

The 2011 subcounty population estimates, to be released in 2012, will be the first in the estimates series based on the 2010 Census population counts.