HomeNewsComedy on the Cumberland announces the return of Brian Kiley
News

Comedy on the Cumberland announces the return of Brian Kiley

Clarksville, TN – Clarksville’s wildly popular stand up comedy series, Comedy on the Cumberland,  has announced that Brian Kiley has been signed to return to Clarksville for the December show.

Held at the Roxy Regional Theater, Comedy on the Cumberland is a charity event, raising money for local organizations and providing a much needed “Night of Laughter” in Clarksville.  Kiley had the audience in stitches during the July 2010 show, and promises to deliver again December 6th.  Kiley is known for his good clean humor and “jabs” at his own life as a “fat man in a weight-watchers world.” 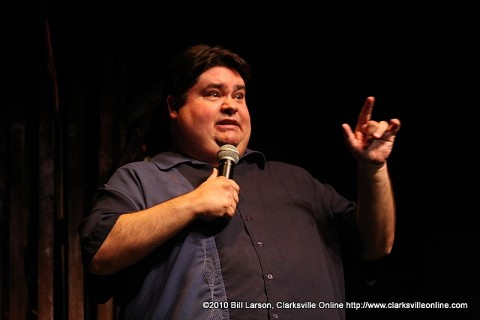 Comedy on the Cumberland is presented by F&M bank and sponsored by Wendy’s and Wyatt-Johnson. The December show will raise money for the Downtown Kiwanis Club’s Christmas gift party for underprivileged children.

Tickets will go on sale in November for this performance. For more information, you can visit: www.comedyonthecumberland.com, www.boneheadpromotions.com or www.wjzm.com.

Comedy on the Cumberland, “Using laughter to change our community.”