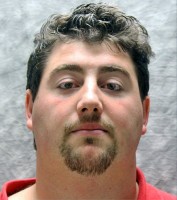 Clarksville, TN – Jason Palermo is returning to the city and campus where he spent a year of his youth.

Palermo, a former standout offensive lineman at the University of Wisconsin, has been named new offensive line coach at Austin Peay State University. He replaces Tyler Trent, who recently resigned to enter private business back near his hometown of Oak Ridge.

Palermo is the son of former Austin Peay head coach John Palermo, who directed the program for one season (1990) before joining Barry Alvarez at Wisconsin.

The younger Palermo was eight when his dad was APSU’s head man and then went to Madison, WI, to enjoy an outstanding prep at Edgewood High School and college career. He was a three-year letter winner at Wisconsin as an offensive guard and center. He played professionally for both the Minnesota Vikings and Atlanta Falcons.

He began his coaching career at Nebraska Omaha in 2010 as special teams coordinator and tight ends coach. He then moved to Southern University and spent the last two seasons coaching tight ends and offensive tackles.

“We are really excited to have Jason as part of our staff,” said APSU coach Rick Christophel, who coached with his father, John, when both were assistants on Watson Brown’s 1979 APSU staff. “He is a very hard worker and dedicated. He doesn’t know our terminology, but he knows our system—he’s familiar with what we do offensively.

Christophel is anxious to get insights of the younger Palermo into the offensive line development at Wisconsin.  Christophel had great respect of the Wisconsin offensive line before the Governors played the Badgers in 2010 and even more so afterwards. They have produced several national award nominees and high NFL draft choices.

“We have players we think that can do that. Jason will be able to bring that out of them, make them physical and make the smart, and get them to do the things we need them to do.”

As a freshman in 2001, Palermo was named the Scout Team Player of the Year and in 2005 was voted the Wayne Souza Coaches Appreciation award. After his senior year in 2005, he was invited to play in the Hula Bowl All-Star game in Honolulu. Off the field, Palermo was named to the Academic All-Big Ten team in 2003.

Palermo joins the APSU staff in time for spring practice, which is scheduled to begin after Spring Break, Tuesday, March 13th.