“Both of these ladies have been with Planters Bank for several years now and have diligently worked from entry-level roles to commercial bankers. We are proud to have them on our team and appreciate their dedication,” said President and CEO Elizabeth McCoy. 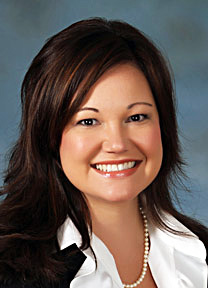 Medvecky joined Planters Bank as a teller in May 2003. She worked as a customer service representative and credit analyst, then was promoted to commercial banking officer in January 2009. A native Clarksvillian, Medvecky graduated from Montgomery Central High School and received a B.B.A. from Austin Peay State University in 2003.

She is married to Josh and they have a two-year-old daughter, Kate. She is a 2011 Leadership Clarksville graduate, chairs the Corporate Committee of the Mayor’s Fitness Council, and serves on the Budget & Allocations Committee of the United Way. She previously served on the executive board of the Junior Auxiliary and is a member of Salem United Methodist Church. 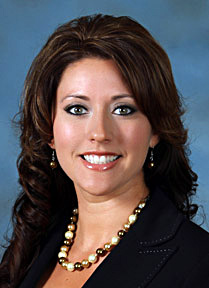 Vinson joined Planters Bank in January 2005 as a customer service representative and was later promoted to credit analyst and senior credit analyst. She previously worked at AmSouth Bank and Cumberland Bank and Trust. Vinson graduated from Houston County High School and received a B.B.A with a concentration in Finance from Austin Peay State University in 2002.

She is married to Dane. Vinson served as a Chamber Ambassador for two years and is currently treasurer and on the executive board of the Junior Auxiliary. She participates in the annual March of Dimes March for Babies and actively supports Bikers Who Care.