HomeCommentaryA Conversation With My Co-Pilot
Commentary

A Conversation With My Co-Pilot

Let me set the stage a bit… It’s just after 6:00am on Wednesday morning, the day after the election, and I’m driving down to Cleveland TN to work on another LASATERS® store with our franchisee. There are more than a few things on my mind (businesses, election results, future, travel schedule, etc.). My mind is going non-stop and my heart is still pumping abnormally fast as I recount the election results of the previous night. I figure, “I’ve got 3.5 hours to drive – I’ll figure it all out on the way, or, at least get a handle on planning, projections, future business plans (now that capitalism is under full attack) and how to manage 3 businesses successfully with a government that is obviously more for themselves than the people.”

Just my thoughts. Not exactly a great way to start my day.

Ok, so I’ve got all of this ‘stuff’ on my mind, and naturally, I turn on talk radio to hear the commentators and pundits put their spin on everything – the good, the bad, the political. There’s obviously a major division in our country and that will not be resolved no matter who was elected.

I realize that all I’m hearing, or going to hear today, is the ‘why’ and ‘how’ a president was re-elected, considering all the damage that’s been done in directing our free republic towards bankruptcy, over someone who’s got a much cleaner political and business record – so why listen to that? For me, at least, I needed peace. I needed reassurance that everything was going to be ok. I needed something that I wasn’t going to get  by listening to people jabber for 3.5 hours. Yuck.

God knows our hearts. He knows way ahead of time how stupid we are going to be as a people, thinking that we’re smart enough to do things on our own – that’s what’s happened with our country. Is our country headed downhill? – yes. Is it going to get better in the next 4 years? – yes and no.  That little ‘yes and no’ is where this all comes from.

So, I turned off the radio. It’s kind of funny, but at times when I’m driving, I’ll look at the empty passenger seat with a grin and chuckle a bit. I’ll picture the Lord driving with me, kind of like a co-pilot.  It always makes me smile knowing that He is with me, even on the long drives to Cleveland. :)

As I drove down the road, praying for answers, asking God all of the “why’s” on my mind. God surely answered. He answered me more than I was expecting Him to. I was expecting a simple reassurance of “don’t worry, I’ve got this.” What I feel that I heard from Him was more than reassurance, really. More than just peace to keep on working towards our general goals and going through life.  More than all of that, I felt God SHIFT the atmosphere, to a place where I had such JOY and PEACE. I had comfort and understanding that only He could offer. It really didn’t take long for Him to get a hold of me and help me to realign my heart to His. That’s comforting.

While spending time with the Lord on my drive I felt God tell me that He was going to elevate certain peoples to a new level. There was not only a covering that He was going to keep on some, but He was going to raise up people in the community who are after His heart. For those who had faith in God, who truly believe that “He’s got this,” was going to bless them; their marriages, their relationships, their finances, their spiritual walk with Him – they would see more fruit, their favor among men and Him would increase.

The caveat was that those He chooses to bless could not conform to the ways of this world – they could not fall to fear or temptation or shortcut His plans for them. I also believe that He wants all of His people to join Him in this call for righteousness and repentance. We must acknowledge that we’ve chosen poorly as a Christian nation in our pursuits of pleasure, the creation of our own Godless laws, self-gratification and self-righteousness in thinking that we, as a country, are better than the Mighty One at deciding what is moral or immoral.

His word is specific and leaves no room for pandering or waffling in what is truth. Killing the innocent (abortion) should not be debatable, yet we, as a Christian nation have offered our unborn to the alter of Satan to appease man. We are fools. We MUST return to righteousness WITHOUT wavering. If we would stand up, individually, for what is moral and just we could take this nation from the grasp of the enemy and once again be a beacon of light for the lost. That WILL NOT HAPPEN without fulfilling what HE said we MUST do in 2 Chronicles 7:14 – if My people, who are called by My name, will HUMBLE THEMSELVES and PRAY and SEEK MY FACE and TURN FROM THEIR WICKED WAYS, then I will hear from heaven, and I will forgive their sin and will heal their land.”

You see, regardless of who holds the top office position in our country, the King is on the throne and is constant. The bible has given us MANY examples of God’s faithfulness. The bible has also talked of times like we’re experiencing (and will experience) where God’s people, even after being taken care of for years, even during their rebellion, He sustained them. However, God has also removed His hand of blessing and protection from those who have completely forgotten His mercies. In the book of Nehemiah God’s people were saved. Time and time again, over and over again, His people rested, got comfortable, and they were “given to the  hands of neighboring peoples.” Yet again and again, God had mercy and grace with them and did not abandon them.

Brothers and sisters, we must believe. We must fear God. We MUST have faith. Hebrews 11:6 says “But without faith it is impossible to please Him, for he who comes to God must believe that He is, and that He is a rewarder of those who diligently seek Him.” It’s time to rise up and pray, friends.  I’m not talking about the little prayer that you were taught to pray over your food and “nighty-night” time prayers, rather, pray from your gut. Pray like your life depends on it. Better yet, pray like your son, daughter, wife, husband or best friend’s life depends on the fervency of your prayer. He said be diligent.  Do NOT get lazy because you may not be experiencing an attack right this second. The enemy is crafty and will come in very quietly at times – not making too much of a splash or rocking the boat much – be on guard NOW, not when you SEE the enemy. Ephesians 6 talks about putting on our armor – you don’t suit up in the middle of battle, but beforehand!!

Friends, we are at war already. There is already a war going on in the spirit for our hearts. The enemy has blinded many to what God wants. Do not be unprepared. We need the Lord now more than any other time in history. We need His grace now. We need His mercy. We need His wisdom in how to unite His church.  We need Him. We need to call out to the Great One, the Lord of Lords, in prayer and action. Proverbs 8:17 says “I love those who love Me, and those who seek Me diligently will find Me.” Now, grab your bibles, your family, interlock your spirits together. Now pray like you’re heading into the battle with trumpets sounding, because we ARE heading into battle. Don’t leave this day without seeking His face in prayer with one another. We need all of you. 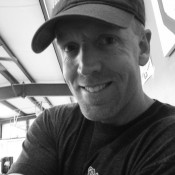