Head coach Doug Molnar hopes giving the Lady Govs last weekend off will lead to big results this weekend. With the rest hopefully comes the healing of nagging injuries that should put the Lady Govs at the top of their game in Charleston.

“We’re obviously excited about the weekend,” Molnar said. “It’s always the biggest meet of the year. Our conference keeps getting tougher and tougher, so this will be a great test.” 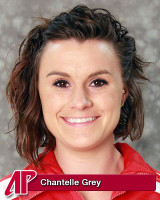 One Lady Gov who did not rest last weekend was senior Chantelle Grey. The Missoula, MT, native was at the Drake Relays, where she finished ninth in the 800m run with a 2:08.44 mark. She enters the conference meet a full two seconds ahead of the rest of the field in the 800m event.

Freshman Breigh Jones looks for a rebound in the 400m dash. After leading the conference in the event going into the OVC Indoor Championships, Jones stumbled to a seventh-place finish. She ranks third in the conference at 54.87 entering the weekend. 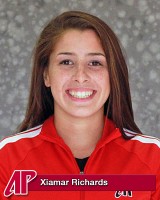 Sophomore Natalie Olberding, who shot to the top of the conference in the 400m hurdles at the Hilltopper Relays with a 1:02.63 run, ranks third in the conference entering the weekend. Less than a second separates the top three competitors in the event.

A handful of Lady Govs are set to contend in the field events. Chief amongst them will be senior Cenitra Hudson. In addition to standing in seventh place in the long jump, the Memphis, TN native ranks third in the triple jump at 11.91m (39’ 1”), less than an inch behind second-ranked Jatavia Wright from SIU Edwardsville.

Senior Nichole Bressner is currently in a four-way tie for fifth in the pole vault, after her 3.50m at the APSU Invitational. Senior Jasmine Foster is just outside of the top five in both the shot put (13.44m) and discus (41.84m).

“We don’t have a ton of depth, but we have a lot of talent,” Molnar said. “The weather will make it interesting; a lot of events will come down to mental toughness.”