Brentwood, TN – After a successful first year that saw over 600 events streamed for free, the OVC Digital Network (www.OVCDigitalNetwork.com) is gearing up for year number two.

After a few soccer matches this past weekend, regular season events fully get underway for the 2013-14 season on Thursday, August 29th when Eastern Kentucky, Morehead State and Tennessee Tech host home football games. 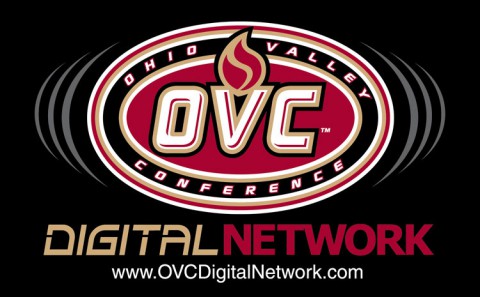 Prior to last season the OVC rebranded its Digital Network as it switched to a free model that provides high-definition video to fans on any computer, tablet or smart phone. The service also requires no registration as fans can simply log onto the site to access the streams.

The OVCDN is a partnership with SIDEARM Sports, which also hosts OVCSports.com.

The 2013-14 season will feature the same commitment to high quality video productions and a consistent feel across the OVC. Schools will continue to air every home football and men’s and women’s basketball contest and continue to branch out in airing more volleyball, soccer, baseball and softball contests in addition to other ancillary events.

The league will also continue to stream OVC Championship (soccer, volleyball, opening rounds of the basketball tournament, baseball and softball) events during the season.