Clarksville, TN – On Thursday, October 17th, 2013, Homicide Detectives, along with the assistance of Patrol Officers, arrested Nicole Pamblanco for a sealed Indictment, which included charges of Reckless Homicide and Child Abuse.

The charges stem from an incident that occurred on August 22nd, 2013, in which officers responded to a residence, located on Northwood Terrace, where Pamblancos’ 8 month old daughter, Abigail Pamblanco, was found unresponsive and CPR was in progress. 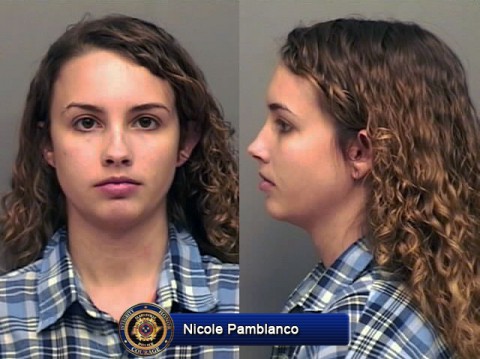 As a result of the injuries sustained, Abigail died on August 28th, 2013, at Vanderbilt Children’s Hospital.

During the course of the investigation, it was determined that Nicole was directly responsible for Abigail’s death; the case was presented to the October Grand Jury which returned a true bill.

There is no further information at this time.