Dayton (3-4) battled back cutting its deficit in half in the fifth inning courtesy center fielder Alex Harris’ two-run double. The Flyers closed within a run when second baseman Luke Wolford apparently doubled in a run, but was called out on appeal at first base. The run stood and Dayton trailed 4-3 after five innings. 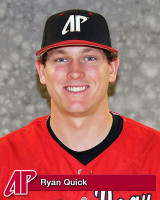 The Flyers tied the game in their half of the sixth when catcher Kuris Duggan hit the third single of the inning to drive in the tying run. However, Dayton would leave two runners on base as starter Ryan Quick induced an inning-ending pop out.

The tie would not last long as the Govs scored in its half of the sixth. Right fielder Rolando Gautier doubled with two out and scored on Copeland’s single, giving APSU a 5-4 lead it would not relinquish.

Austin Peay extended its lead thanks to another pair of home runs. Catcher P.J. Torres delivered a two-run home run to left field to give APSU a 7-4 lead in the seventh. 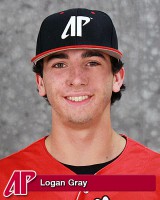 Two batters later, shortstop Logan Gray hit a line drive to center field that landed in front of and got by the Dayton center fielder. Gray scampered around the base paths for an inside the park home run and an 8-4 APSU lead.

Quick (1-1) picked up his season’s first victory after allowing four runs on eight hits through six innings. Less than one week after allowing seven walks at Baylor, Quick did not allow a walk to Dayton and struck out five batters.

Copeland led the Govs with a 2-for-4, three RBI outing that included his two-run home run and the eventual game-winning RBI. Gautier had three hits to pace an APSU attack that recorded 15 hits.

Dayton starter Noah Buettgen (1-2) suffered the loss after allowing seven runs on 14 hits in 6.1 innings. Harris led the Flyers’ offense with a 2-for-4, two RBI effort.

Austin Peay continues play in the Riverview Inn Classic with a 6:00pm, Saturday contest against Bradley.