Nashville, TN – A wanted fugitive recently added to The Tennessee Bureau of Investigation’s “Top 10 Most Wanted” has been captured in Mississippi following a multi-agency effort.

At approximately 1:00 Eastern this morning, U.S. Marshals with the Gulf Coast Regional Fugitive Task Force arrested Cashman Jamar Perkins in Columbus, Mississippi. At the time of his arrest, the Chattanooga man was with a female acquaintance, whom investigators believe he visited in an attempt to elude authorities. 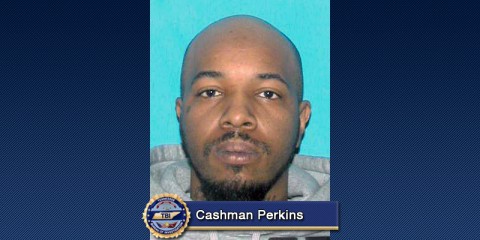 On Tuesday, the TBI added Perkins to its “10 Most Wanted List.”

The 31-year-old was wanted by the Chattanooga Police Department and the TBI for Criminal Homicide, Aggravated Domestic Assault, and Unlawful Possession of a Weapon.

At the time of this release, Perkins was being held without bond in Mississippi, soon to face extradition to Tennessee.