Clarksville, TN – Senior Tucker Wallace, of the Austin Peay State University men’s golf team, has been named the Copies in a Flash APSU Athlete of the Week.

Wallace led the Govs to victory with a third-place 206 (70-67-70) at the F&M Bank APSU Intercollegiate, hosted by the Govs on the Links at Novadell, October 20th-21st. The Dickson Tennessee native’s second-round 67 was tied for the fifth-best round in the entire tournament, and he was one of just two players to be under par in each round on the par-72 course. 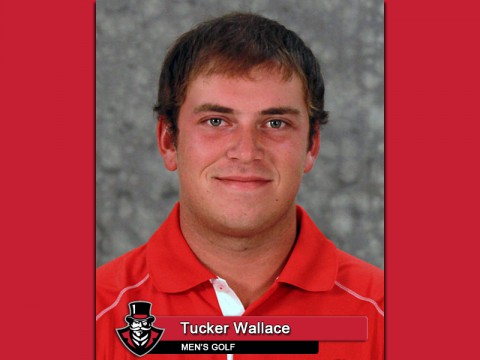 Wallace’s ascendance helped the Govs clinch the win in their home tournament for the ninth time overall and third time in the last four seasons. The third-place tie also is a career best for the Dickson County High School graduate.