HomeNewsAAA says Crashes affect One in Three but Drivers continue to take...
News

Tampa, FL – Too many Americans report that they regularly speed, run red lights, use distracting devices or drive drowsy, despite the fact that one in three have a loved one who has been seriously injured or killed in a crash, according to the AAA Foundation’s latest Traffic Safety Culture Index.

The results further indicate that unsafe behaviors persist even though one in five drivers have themselves been involved in a serious crash, and one in ten has been seriously injured in a crash. 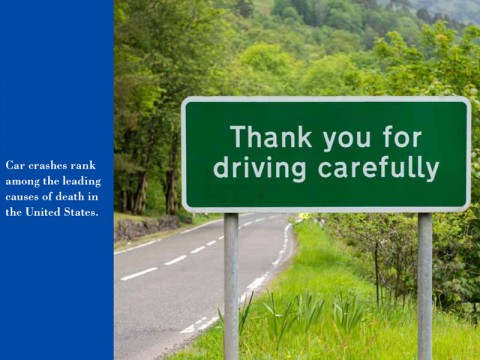 “It is very disappointing that we continue to see a prevailing attitude of ‘do as I say, not as I do,’ where large numbers of motorists seem to recognize the risks of certain behaviors but do them anyway,” said Peter Kissinger, President and CEO of the AAA Foundation for Traffic Safety. “Enhancing the safety culture in society must begin with each individual.”

These most recent findings from the AAA Foundation for Traffic Safety’s annual survey that assess and benchmark the attitudes and behaviors of drivers revealed the prevalence of unsafe driving behaviors during the previous 30 days are widespread, including:

When it comes to specific distracted driving behaviors in the past 30 days:

The findings also offered insight about drivers’ attitudes related to cognitive distraction. Two out of three drivers believe hands-free phone use is acceptable, and nearly half (46 percent) of drivers who report using speech-based in-vehicle systems say they do not believe these systems are at all distracting. These results are prevalent despite extensive research indicating that hands-free devices can lead to cognitive distraction.

“Most drivers don’t understand that hands-free does not mean distraction-free”, said Michele Harris, spokesperson, AAA- The Auto Club Group. It’s important to stay focused – hands on the wheel, eyes on the road, mind on the task of driving.”

Established in AAA in 1947, the AAA Foundation for Traffic Safety is a 501(c) (3) not-for-profit, publicly-supported charitable educational and research organization.  Dedicated to savings lives and reducing injuries on our roads, the Foundation’s mission is to prevent crashes and save lives through education about traffic safety. The Foundation has funded over 200 research projects designed to discover the causes of traffic crashes, prevent them, and minimize injuries when they do occur.

Visit www.aaafoundation.org for more information on this and other research.

The Auto Club Group (ACG) is the second largest AAA club in North America.  ACG and its affiliates provide membership, travel, insurance and financial services offerings to approximately 9 million members across 11 states and two U.S. territories including Florida, Georgia, Iowa, Michigan, Nebraska, North Dakota, Tennessee, Wisconsin, Puerto Rico and the U.S. Virgin Islands; most of Illinois and Minnesota; and a portion of Indiana.