Social Security, Just Who is Entitled

Clarksville, TN – The word “entitlement” means, in the legal sense, “a guarantee of access to benefits because of rights or by agreement through law.” The Social Security Act was signed into law under President Franklin Delano Roosevelt in 1935. Originally established as a safeguard after the Great Depression, Social Security is currently estimated to keep roughly 40% of all Americans age 65 or older out of poverty.

One of the provisions is social insurance program that is funded through dedicated payroll taxes called Federal Insurance Contributions Act (FICA).

After some changes in the original law, Social Security now covers benefits for retirement, disability, survivorship, and death, which are the four main benefits provided by traditional private-sector pension plans.

It needs to be said over and over again that these Americans have paid into Social Security throughout their working lives in order not to end up in total poverty in their old age.

Somehow we older folks have now begun to hear that our “entitlement” is one of the main problems in the economic downturn that our country now faces. We are accused of taking huge amounts of money from the federal budget as though we had never put it there to start with.

We are a large portion of the population and as we grow older need to get our retirement funds, but we are not responsible for Congress’s robbing the Social Security funds to pay for other budgetary deficits. Our contributions have ENTITLED us to get our retirement so that we can now live a decent life after devoting ourselves to building this country to a prime level of productivity.

Yes, there could be some fine tuning in the Social Security system.

I used to work for two people who were multimillionaires, both of whom had a master’s degree in economics. They received a Social Security check each month. Both flatly stated that people who were more than capable of living without these government checks should not be receiving them!

It would not injure the Social Security system to cut off Social Security checks to people with more than two million dollars worth of assets. These people don’t need the few hundred dollars they receive each month and this money could be spent better elsewhere.

That doesn’t mean that other people who have Social Security as their prime retirement funds don’t need their check each month.

A number of our politicians seem to be living in some kind of Never Never Land where they believe they can do anything they feel like and never feel repercussions. Some actually believe that kicking firefighters, police officers and teachers is the way to heal their state or federal government problems.

News bulletin: the next time these people have a child or grandchild who needs educating, let them call a politician for help.

The next time their house is on fire, let them call another politician and see how soon this citizen puts out the fire.

The next time their house is being shot at or their daughter is being raped, call a fellow politician and see what kind of defense this genius comes up with.

And all these people who have decided that Social Security is the culprit, call on a retiree to vote for you in the next election. My bet is that you’re going to be just plain out of luck.

We may be old but we still remember who causes each of us to worry if we can pay the electric bill this month, or whether we can afford our medicine, or if we’re going to be able to eat every day.

You might be using your brain for a hat rack, but we aren’t!

In fact, we think it’s time we put you politicians on minimum wage for a few years and see how you like it. Let’s let you do without health insurance or Medicare when you get old and see how your body holds up. 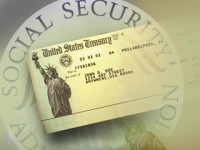 Of course, you know there’s no inflation this year as of the time Social Security recipients needed a raise this year. It’s just a coincidence that gas prices are nearly doubling, that food prices have shot up, and that clothing is going to cost more. Also, good old TVA is planning an increase…..and the beat goes on!

Oh, yes, dear politicians, you’ve listened to the screamers on the Capitol steps that wear funny stuff on their hats. You think everyone believes that you can cut anything you want to as long as it hurts poor people.

Guess what? There are more of us than there are of you. If you don’t believe me, just wait until the next election.

But we won’t forget—not you, not your callous disregard for other people. Payback is coming your way!