Clarksville, TN – On November 14th, 2015 at about 2:54am, 28-year-old Derrick Bradford Jr from Clarksville was driving a 2012 Chrysler Sebring passenger car east bound on 101st Airborne Division Parkway. The Sebring was struck from behind by a 2014 GMC Sierra pickup truck being driven by 26-year-old Jacob Clark, a Fort Campbell soldier.

The collision caused the pickup truck to override the Sebring, and push it through the intersection. Roshawnda Dolson, 28-year-old from Clarksville, was a passenger in the Sebring and was pronounced deceased at the scene.

The collision caused serious bodily injuries to Derrick Bradford Jr, and he was transported to Skyline Medical Center.

Jacob Clark received minor injuries from the collision, and was transported to Gateway Medical Center.

It was determined that alcohol was a factor in the crash. Jacob Clark was arrested for vehicular homicide, vehicular assault and no seat belt. The total bond amount is $ 600,000. 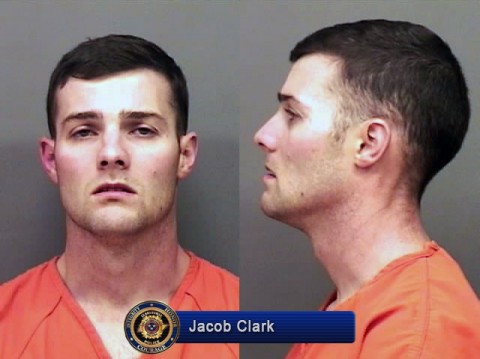