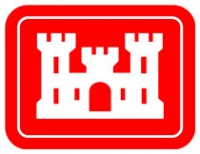 Nashville, TN – Every year thousands of people in the United States mourn the loss of loved ones who could have survived if they had been wearing a life jacket while spending time on or near our nation’s waters. To heighten awareness, the U.S. Army Corps of Engineers recently launched a national water safety campaign titled “Life Jackets Worn – Nobody Mourns.”

The Corps, in cooperation with the U. S. Army Corps of Engineers Natural Resources and Education Foundation, a non-profit foundation established to support Corps natural resources and recreation programs, developed the campaign that specifically targets adult males.

In the last 10 years, 88 percent of all Corps public water-related fatalities were men and 68 percent were between the ages of 20 and 60, according to data compiled by the U.S. Army Corps of Engineers National Operations Center for Water Safety.

“Life jackets do save lives and wearing your life jacket is the number one thing to do that will keep you safe while boating, fishing, or swimming,” said Mark Klimaszewski, water safety manager in the U.S. Army Corps of Engineers Nashville District’s Natural Resources Management Branch. 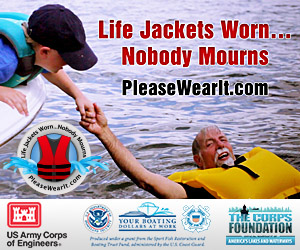 During the 2015 recreation season 14 people lost their lives at the Nashville District’s 10 lakes in the Cumberland River basin. Of those, all were not wearing a life jacket, said Klimaszewski.

Klimaszewski said life jackets save lives by keeping people afloat and providing time for rescue after entering the water.

When selecting a life jacket, he said it’s important to make sure people size it right and buckle it up.

Children should not be put on a life jacket that is too big because it will slip over their head if they fall in the water and they could drown. Life jackets are categorized by a person’s weight and it should be tested to make sure it fits snug.

“If someone still doesn’t know how and when to wear a life jacket, ask a park ranger at the lake who can help you get it right,” Klimaszewski stressed.
Boaters, especially occupants of fishing boats, are often observed not wearing life jackets when recreating on Corps lakes.

“Many fishermen don’t like to wear the life jacket while they are fishing because it makes them uncomfortable,” said Nashville District Park Ranger Richard Rice.

“While we cannot control the individual actions of our 33 million annual visitors, we are doing everything we can to help them make wise, but easy choices, that can save their lives when recreating on Corps facilities,” said Rice.

Rice said at Corps lakes most people who drown never intended to be in the water; accidents happen and they unexpectedly fall from a boat or slip off a dock into the water. When this happens, a person will reflexively gasp and can inhale up to one liter of water and drown in less than a minute.

According to Rice, while patrolling rangers check to see if boaters have U.S. Coast Guard approved life jackets that is required for each person aboard, if boats are overloaded or overpowered, and if they have the required safety equipment.

“It’s our job to help protect the public on the water from others and sometimes themselves, whenever possible,” said Rice.

Klimaszewski said along with wearing a life jacket, increased education and voluntary compliance with water safety practices is preferable to everyone. He said it’s important to operate a vessel safely and swim within personal limits in approved areas. Be sure to swim with a friend or buddy at all times, refrain from cliff diving, and always maintain safe distances from dams during water releases.

“Losing a life is tragic and one death is one too many. So we cannot over-emphasize the need to wear life jackets when on or around the water” said Klimaszewski.

The Corps also released a water safety PSA for the campaign featuring the country music duo LoCash urging fans to be safe when recreating on U.S. Army Corps of Engineers waterways with the “I Love This Life Jacket” message, a spinoff from the title of their smash hit “I Love This Life.”

USACE is the largest federal provider of water-based outdoor recreation, managing more than 400 lake and river projects in 43 states and hosting more than 370 million visits per year.

The USACE National Operations Center for Water Safety offer these safety reminders when on or near the water:

Misjudging swimming ability, gasp reflex, boater’s hypnosis, alcohol and drug usage and thinking nothing will happen are just a few of the reasons why even strong swimmers should always wear a life jacket.

The best way to lower the risk of drowning is to wear a life jacket, so please wear it for loved ones. Visit www.PleaseWearIt.com for more information on water safety and to download free campaign materials and remember… “Life Jackets Worn – Nobody Mourns.”

Boaters should wear life jackets, avoid alcohol, and boat with a friend. Always check the capacity plate and don’t overload a boat. Let someone know the plans for travel on the water to include time of departure and return.

“Our safety record is pretty good given that we have more visitors every year than even Disney World,” Klimaszewski said. “But one life lost is tragic. So please wear your life jacket and be aware of what is going on around you at all times. The Corps wants you to have fun but be safe so you can return home safely at the end of the day.”

USACE is the Nation’s largest federal provider of water-based outdoor recreation, managing more than 400 lake and river projects in 43 states and hosting more than 370 million visits per year. With 90 percent of these recreation areas within 50 miles of metropolitan areas they provide a diverse range of outdoor activities close to home and to people of all ages.

Visit http://www.CorpsLakes.us/watersafety for more information that could save your life or the life of someone you love.