For the first time in program history, the Governors will wear a one-of-a-kind crest on its jerseys, as featured below, beginning in 2016.

“It took a lot of hard work from both Jeremy and Josh,” APSU head coach Kelley Guth said. “There’s a lot of good things about it and it really catches your eye. Our logo is really attractive on its own, so this crest really highlights the logo for Austin Peay, but at the same time, it gives us a unique identity.”

On the international soccer level, many clubs have adopted a customized logo, and universities across the country have followed suit in recent years. Austin Peay becomes the third Ohio Valley Conference school – joining Jacksonville State and Morehead State – to feature a team crest, which represents the history of APSU soccer.

“It’s something in our sport that signifies a tradition,” Guth said. “You’re starting to see it more and more in the college game, which brought forth the idea. It’s just a way to establish our own identity in relation to the sport of soccer, and we thought it was something neat we could bring to the program.” 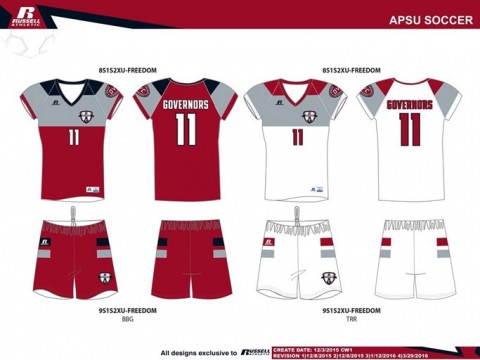