Due to inclement weather, the teams will start the series with a 3:00pm, Thursday doubleheader. After an off day, Friday, to avoid rain the teams will conclude the regular season with an 11:30am, Saturday contest.

The three-game set will be Austin Peay’s first against a Big 12 Conference member since traveling to Baylor to open the 2014 campaign.

The Govs were swept in the three-game set, which was the opening weekend in the careers of the Govs current junior class.

Junior transfer TJ Conroy was the Govs starting shortstop at Lipscomb, Tuesday, going 1-for-4 with two RBI. Senior shortstop Clayton Smithson missed the Lipscomb game due to a family matter but should return for this weekend’s series while looking to build on his five-hit (.357 BA), seven-RBI performance in the SIUE series.

Head coach Travis Janssen is wrapping up his first season at Austin Peay in the program’s first coaching change since 1988. The Governors vacated four wins due to the use of an ineligible player, a penalty imposed by the Ohio Valley Conference, May 16.

Junior right-hander Alex Robles looks for his 10th win of 2016 when he faces Oklahoma. He would become the first Govs pitcher with 10 wins in a season since 2007 (Shawn Kelley) and only the ninth to reach the mark in program history. Last weekend he tied Rowdy Hardy for most conference wins in a career (18) with his ninth quality start of the season at SIUE.

Junior right-hander Caleb Powell posted a win in his first start as the Govs No. 2, last weekend at SIUE. His 4.16 ERA leads the Govs weekend starters and has helped him post a career-best 7-2 record entering the weekend.

Sophomore left-hander Michael Costanzo pieced together a quality start in his first outing at No. 3 last weekend at SIUE. He returns to The Hand looking to build on his 6-1 record and 4.17 ERA in seven home starts this season.

In the 21 OVC games since the Govs turned to the Robles-Powell-Costanzo trio, Austin Peay’s bullpen has posted a 3.51 ERA, 8.43 strikeouts per nine innings and held opponents to a .235 batting average.

About the Oklahoma Sooners 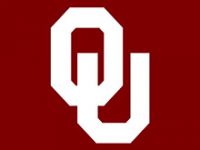 Oklahoma (24-26-1, 11-13 Big 12) enters the weekend after securing a Big 12 series victory against in-state rival and nationally-ranked Oklahoma State. The Sooners own Big 12 series wins against both Oklahoma State and Texas for the first time since 1998.

Left fielder Cody Thomas, a former quarterback for the Sooners football team, was named the Big 12 Player of the Week after batting .417 with seven RBI against Oklahoma State. Junior shortstop/right-handed pitcher Sheldon Neuse was named to the Golden Spikes Watch List for National Player of the Year – he leads Oklahoma in batting average (.383), home runs (10) and RBI (46).

The Sooners feature a young group on the mound with freshman pitchers accounting for 17 of its 26 victories. Freshman Alex Hansen, a Preseason All-America selection, picked up his first win against Kansas State, May 8th. Oklahoma has used 10 different starting pitchers this season.