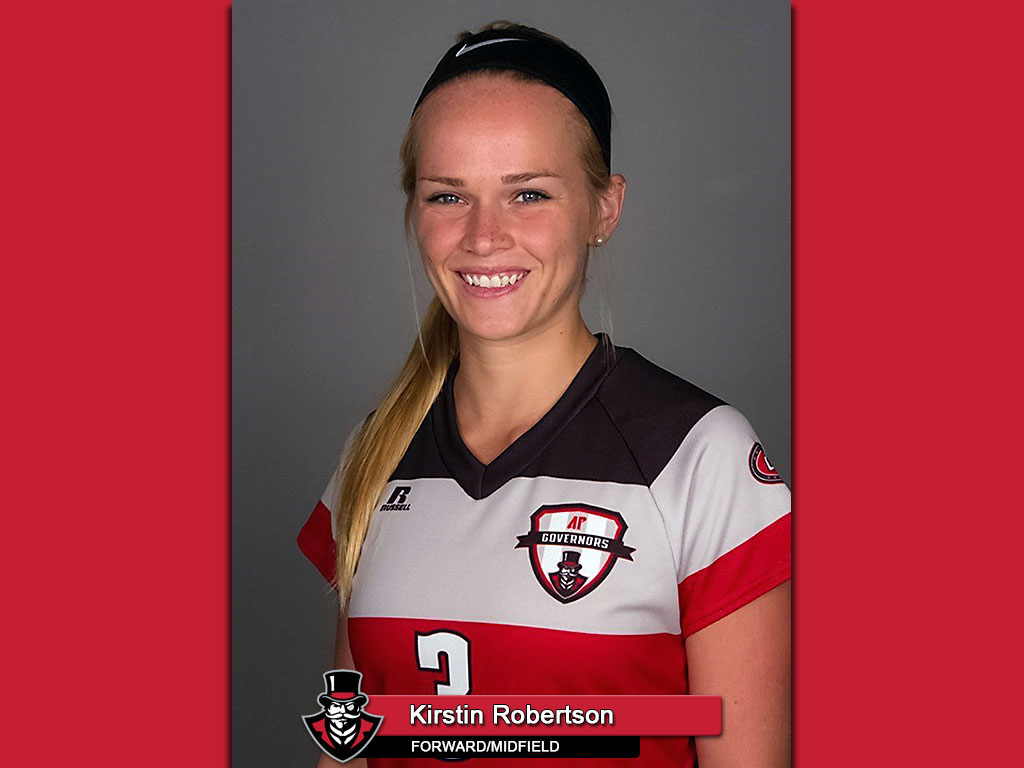 The award is Robertson’s first of her Austin Peay career after entering the program out of Harpeth Hall School. 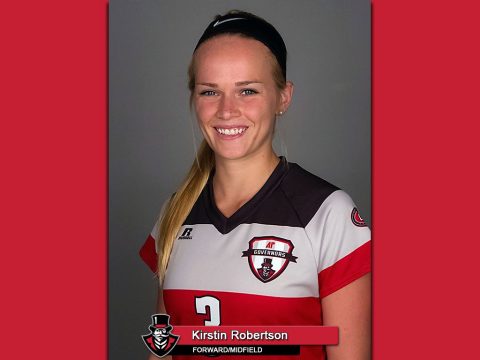 The junior scored both game-winning goals last weekend at UAB and Alabama State, leading to a 2-0 start by the Governors.

Against the Blazers, her performance helped APSU jump out to a 2-0 start. Robertson shielded off two oncoming defenders at the 18-yard box and delivered a low shot which found the back netting in the 38th minute. The goal proved to be crucial as APSU went to defeat UAB, 2-1.

Two days later, at Alabama State, the Ashland City, Tennessee, native scored the second goal of the afternoon en route to a 4-1 victory. Off a corner kick, redshirt freshman Pamela Penaloza delivered a pass which deflected off the head of senior Gina Fabbro. The ball fell to Robertson, who poked it home.

Overall, Robertson totaled a team-leading six shots in the two contests, three of which were on goal.

“Kirstin’s success finding the back of the net was clutch last weekend,” head coach Kelley Guth said. “She is an exciting player to coach and has all the tools. I look forward to a great season for her this year.”