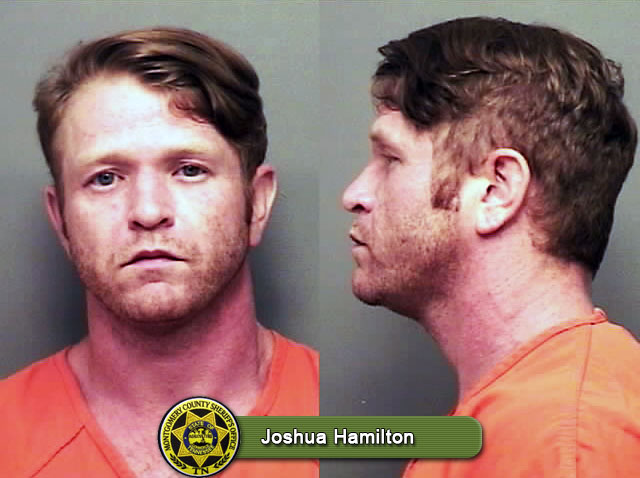 On Saturday, September 24th, 2016, at 1:25am, while deputies were working to a clear traffic accident at the intersection of Highway 149 and 48, Hamilton approached the scene and was instructed to pull over due to the odor of marijuana emanating from his vehicle. 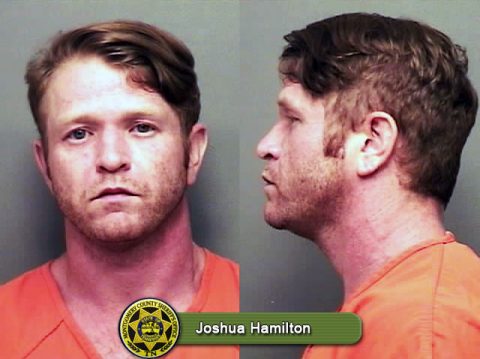 Hamilton continued to drive his vehicle into the intersection, turning on Highway 149.

He drove his vehicle towards Deputy David Cox, who was assisting with traffic control on Highway 149. Cox was able to jump out of the way to avoid being hit.

Hamilton drove off at a high rate of speed. With the help of a Tennessee Department of Transportation (TDOT) employee, deputies were able to locate Hamilton after his vehicle ran down an embankment into a field at Cumberland Drive and Hillwood Drive.

Hamilton was taken into custody. He admitted to smoking marijuana earlier in the day. A search of his vehicle yielded 9 grams of heroin, 21 grams of mushrooms, 3.6 grams of MDMA, 20 LSD tabs, 3 ecstasy pills, approximately 270 grams of marijuana, 5 vials of steroids, 36 syringes, 2 bongs, 2 digital scales, numerous plastic bags, several pipes, and $2,479 in cash.