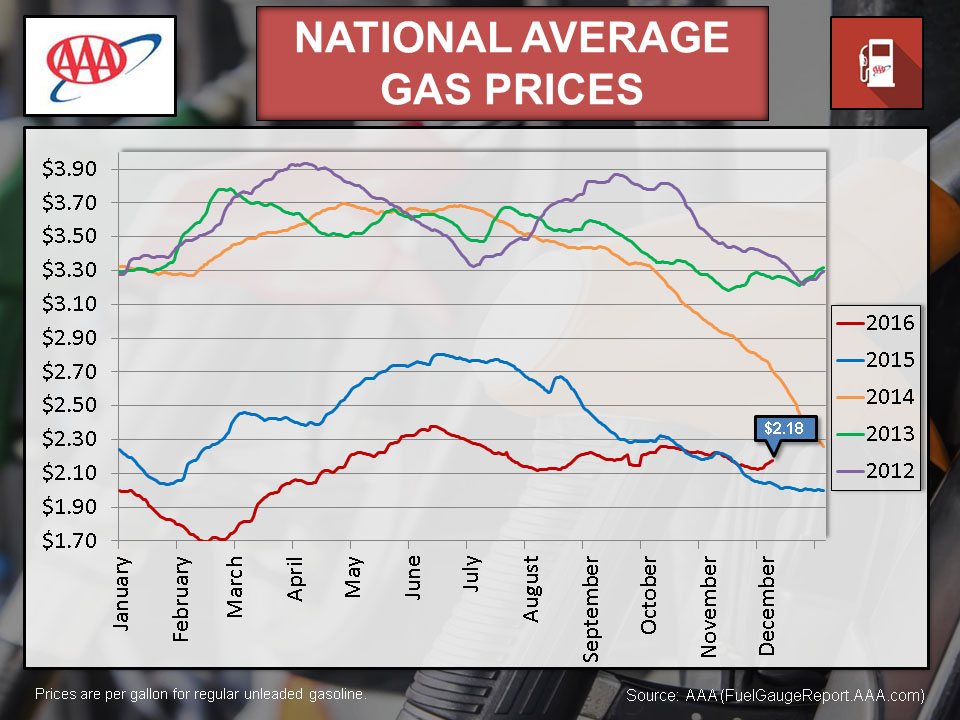 “AAA forecasts that gas prices could rise a total of 10 to 15 cents based on the recent surge in crude oil prices,” said Mark Jenkins, spokesman, AAA – The Auto Club Group. “How the market responds this week could send prices even further. It’s unclear how much more upside momentum oil prices have, but some analysts believe they could eventually reach $54.00 a barrel. If that happens, the rise in pump prices could reach a quarter.” 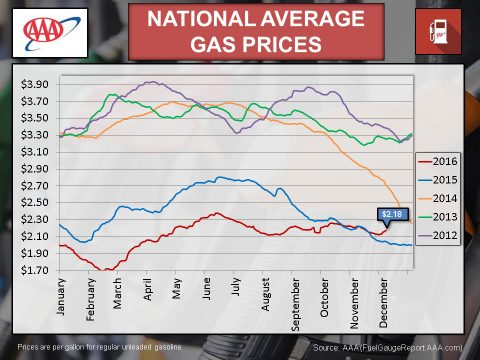 The price for a barrel of WTI settled at $51.68 Friday on the NYMEX – $6.45 more than the settlement on Tuesday, making the price of producing gasoline more expensive.

OPEC’s agreement to cut oil production is in effort to reduce global oversupply which led to low oil prices since 2014. The agreement calls for a production cut of 1.2 million barrels per day by the cartel and is slated to last six months. OPEC plans to meet again on May 25th, 2017, and will discuss the possibility of an extension.

The organization also announced that they would establish a Ministerial Monitoring Committee to help implement the cuts and oversee member compliance with the agreement. The strength of the agreement will depend on whether participating countries follow through and implement the production cuts.

Traders will continue to watch how OPEC members move forward with terms of the agreement and will keep an eye on non-OPEC members who may join the cartel in freezing production.