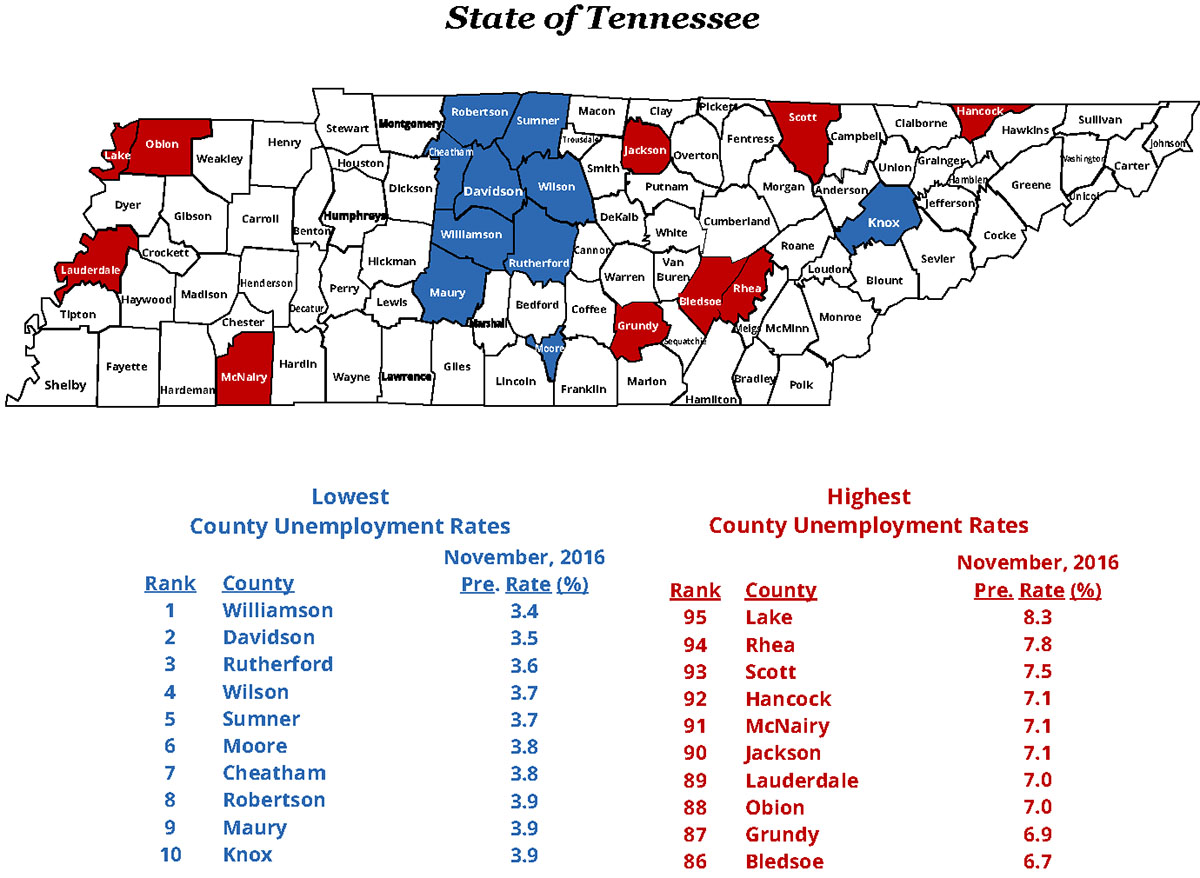 For Montgomery County, November saw the unemployment rate drop to 5.0 percent from October’s to 5.3 percent.

For the month of November, Davidson County has the state’s lowest major metropolitan rate at 3.5 percent, decreasing from 3.7 percent the previous month.

Knox County is 3.9 percent, a decrease from the previous month’s 4.1 percent. 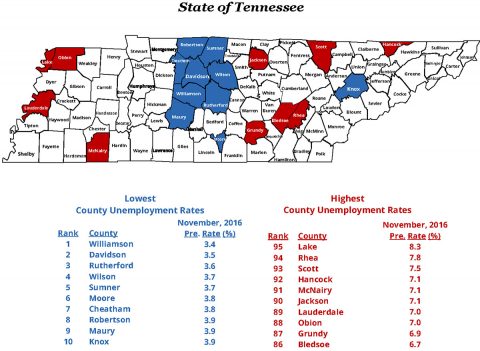 Specific county information for November is available online at: http://tn.gov/assets/entities/labor/attachments/Labor_Force_Estimates_-_November_2016.pdf