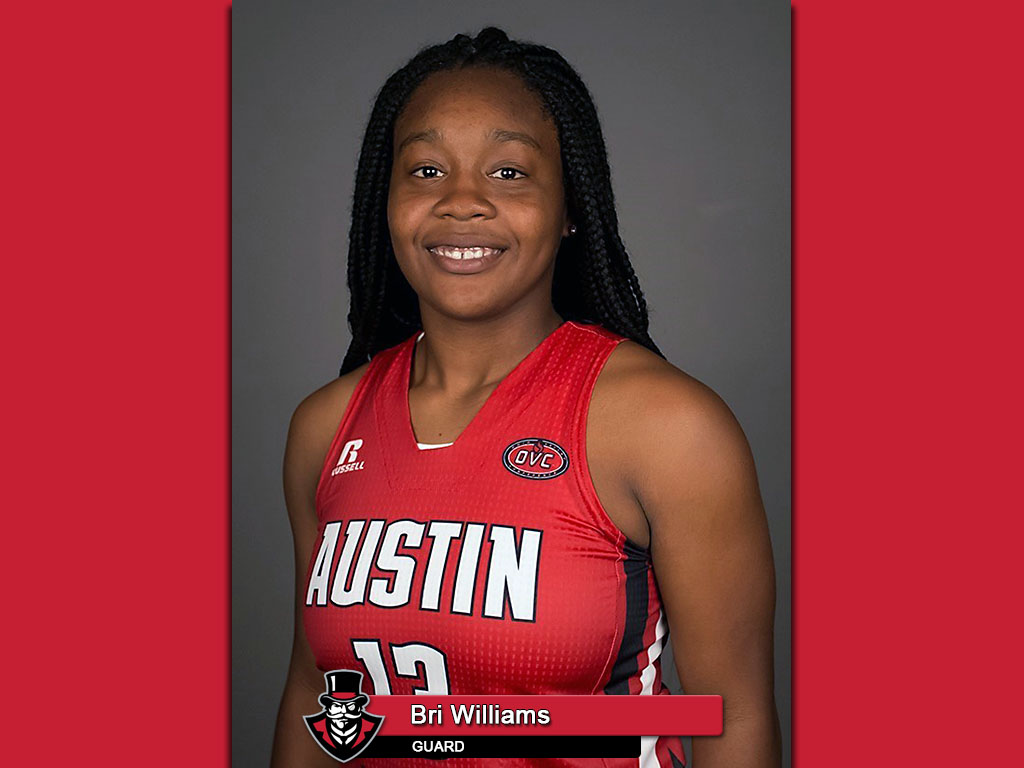 The award is a career-first for Williams, who transferred to APSU following a successful two years at Gulf Coast State. 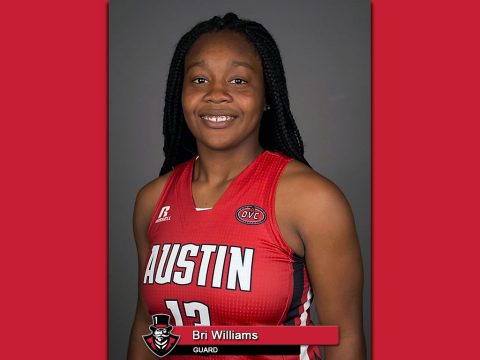 In APSU’s overtime victory at Tennessee Tech, Thursday, Williams played 44 minutes and posted her first double-double as a Gov (12 points, 10 rebounds). She also recorded a season-high five steals in the contest, while also dishing out five assists as the team’s floor general. It was the first time a guard has totaled a double-double in points and rebounds since Tiasha Gray, January 24th, 2015.

Williams joins senior center Tearra Banks as the two members of the Austin Peay squad to win a weekly award this season, with Banks earning Player of the Week, December 6th. In addition, the Newcomer of the Week honor for Williams is the first since Leslie Martinez in 2012.

Eastern Illinois’ Grace Lennox took home Player of the Week, while Akia Harris from Tennessee Tech was voted as the Freshman of the Week.