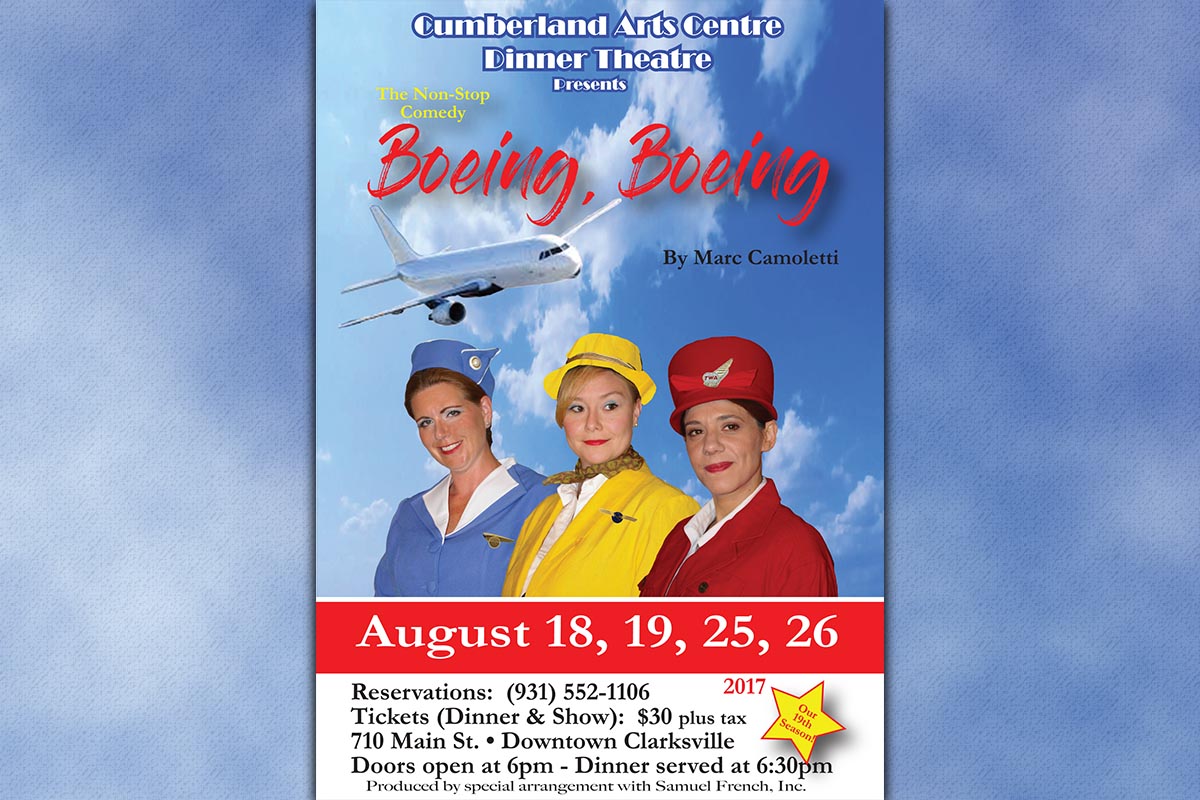 The play involves a Paris bachelor who is keeping 3 ladies on the string. All three ladies are Air Hostesses for 3 major airlines and have 3 different schedules.

But, with the advent of the new Boeing jet planes, the schedules become harder to keep up with. Laughter ensues when all 3 ladies show up on the same day.

Boeing, Boeing is directed by Art Conn and stars Bill Colclough as the cheating lothario, with Alex Maynard as his bumbling friend.

Tickets for dinner and show are $30.00 plus tax. Reservations must be made by calling 931.552.1106. Entrée choices are Pecan Encrusted Chicken Breast or Pork Chop and Rice. Doors open at 6:00pm with dinner service starting at 6:30pm, followed by the show.