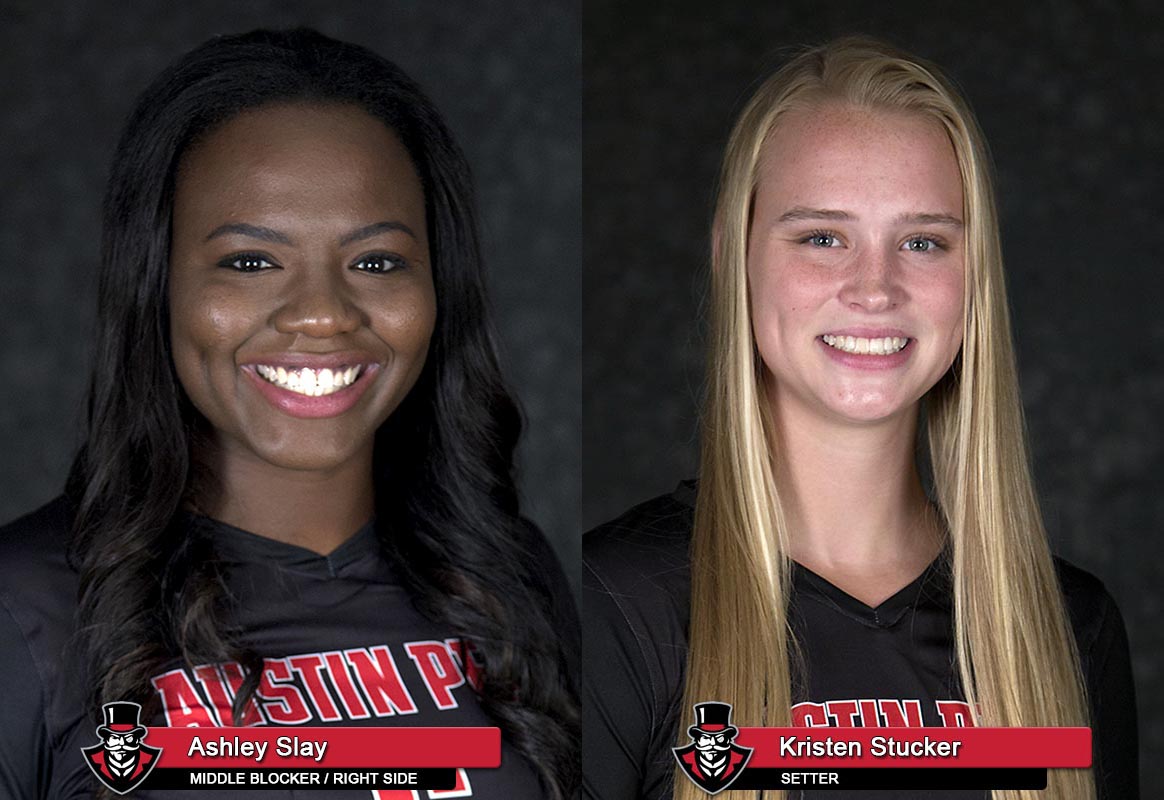 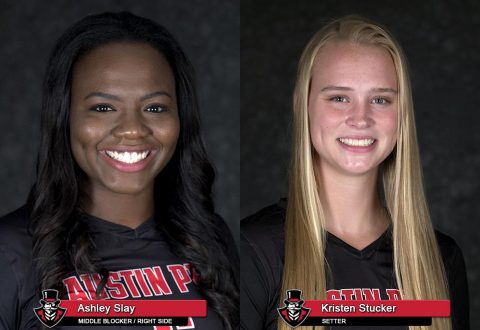 Slay, of Nashville, earned her third Offensive Player of the Week honor this season after leading the Govs offense in both matches. She recorded 12 kills and a .375 attack percentage in the APSU’s three-set sweep at Eastern Illinois, Friday.

However, it was Slay’s 20-kill outing at SIU Edwardsville that proved pivotal as the Govs came from behind to win a five-set decision. She posted a .421 attack percentage while notching her third 20-kill outing this season.

Stucker, of Johnstown, Iowa, notched her eighth Setter of the Week award in the season’s first 10 weeks. She paced the Govs to an impressive .286 attack percentage in the two road wins while averaging 11.50 assists per set herself. Stucker recorded 34 assists at EIU while the Govs hit .270 as a team.

Stucker followed that with 58 assists in the five-set win at second-place SIUE and APSU hit .295 against the OVC’s top-rated defense.

The Governors return to action with a 6:00pm, Wednesday nonconference tilt at Middle Tennessee. Austin Peay returns to OVC play when it opens a three-match homestand with a 7:00pm, Friday contest against UT Martin.