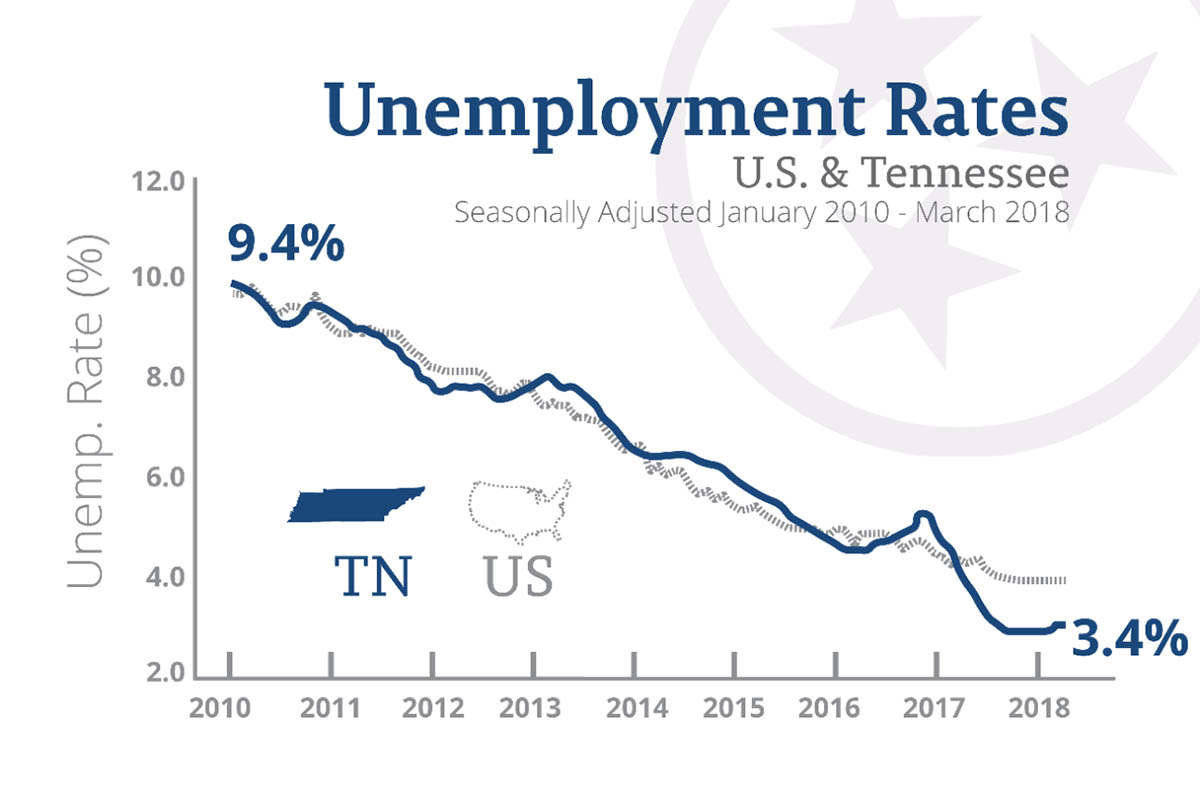 The preliminary, seasonally adjusted rate for March was 3.4 percent, which mirrored the revised rate for February and was nearly one percentage point less than the March 2017 rate of 4.2 percent. 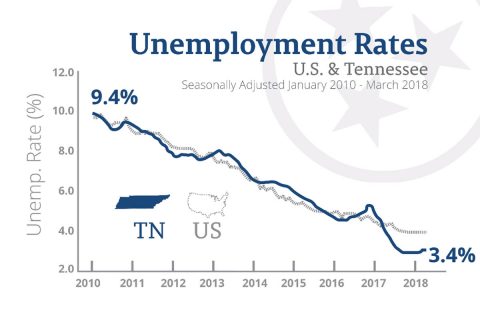 Tennessee’s statewide unemployment rate has remained below 4.0 percent since last May, hitting an all-time low of 3.3 percent last September.

“The year-to-year comparison of unemployment rates shows how much progress has been made in creating new jobs in Tennessee,” Haslam said. “But government doesn’t create jobs – jobs are created when businesses put capital at risk. That’s why we have worked hard to create an environment in Tennessee where businesses can grow and thrive and we continue to invest in our citizens, creating a skilled workforce that is ready for today’s job demands.”

The national unemployment rate for March was 4.1 percent, a decrease of 0.4 of a percentage point from the same time last year. It has held steady at 4.1 percent since October 2017.

Tennessee added 4,900 new nonfarm jobs between February and March. Over the past 12 months, employers across the state created an estimated 49,000 new jobs. The largest increases occurred in the accommodations/food services, wholesale trade, and transportation/warehousing/utilities sectors.

“Each time a new job is created in Tennessee, the quality of life improves for another family,” Burns said. “That quality of life is one of the reasons Tennessee is such a desirable place to start or expand a business.”

The statewide unemployment rate is seasonally adjusted to eliminate the influences of weather, holidays, the opening and closing of schools and other recurring seasonal events from an economic time series.

Tennesseans looking for employment can access the latest job openings, along with other job interview preparation skills on the state’s workforce website.

A complete analysis of the March 2018 statewide unemployment rate can be found here.