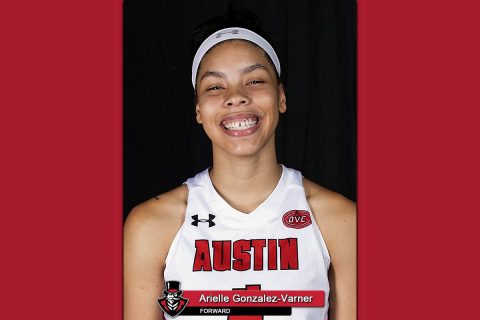 The 23 total rebounds were a new Austin Peay record and she recorded the first known game in program history with at least 30 points and 20 rebounds. Gonzalez-Varner also went 14-of-23 from the field as she dominated the entire night, recording a double-double after just 11 minutes of play.

The award is the first honor in Gonzalez-Varner’s career and the first weekly conference award for the Govs since Brianah Ferby won OVC Freshman of the Week last January.

“There have been many great players over the years at Austin Peay,” said head coach David Midlick. “It’s a great accomplishment to break a record in women’s basketball here. I am proud of Ari and want her to continue to work hard to get better.”

Catch Gonzalez-Varner and the Govs back in action at home, 7:00pm, Thursday, November 29th against Lipscomb.