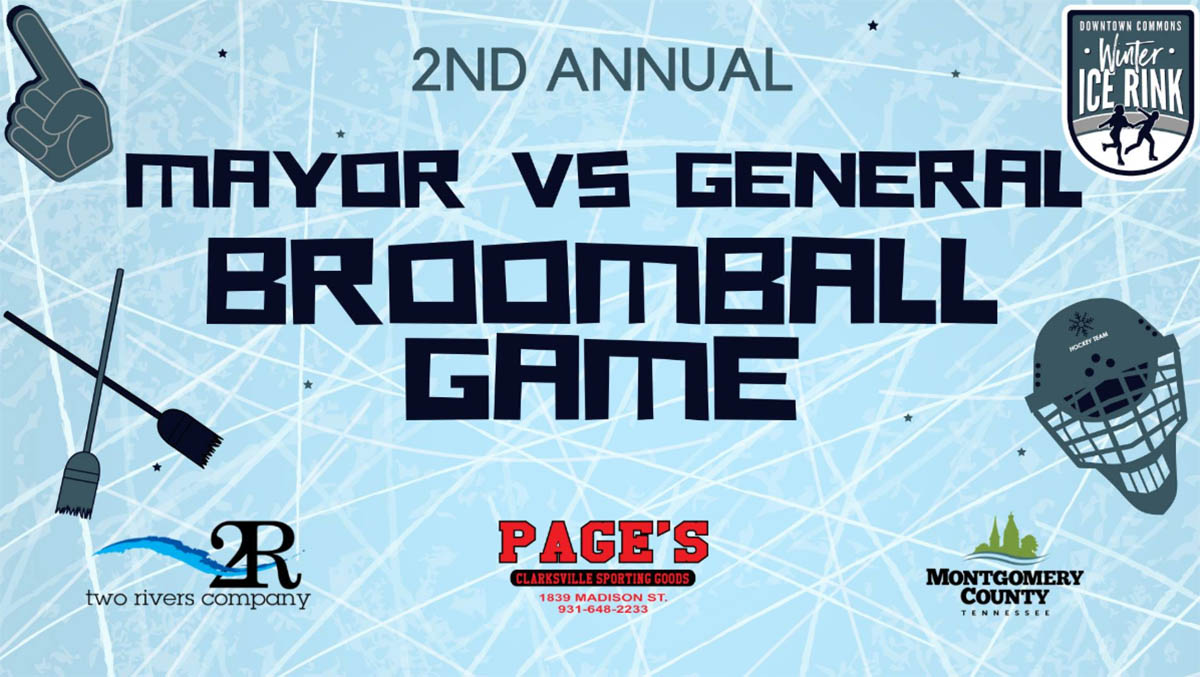 Broomball is a variation of ice hockey played on ice without skates and with brooms and a ball instead of sticks and a puck. Running around in shoes on ice while trying to “sweep” a ball into a goal presents a unique challenge that includes a lot of slipping, sliding and falling. 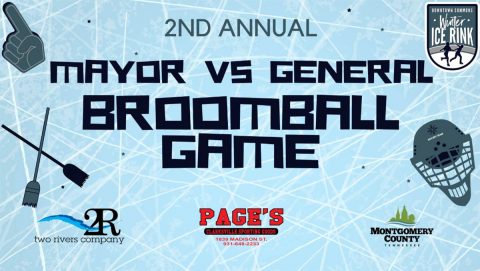 Food and drinks will be available at Golly G’s, located on site, or at a variety of restaurants in the downtown area. Page’s Clarksville Sporting Goods is sponsoring the equipment for the event.

“Wednesday night’s event is an opportunity to cheer on the County team and our local heroes from Fort Campbell. It’s going to be a good time for everyone,” said Mayor Durrett.

The Downtown Commons construction was not completed when the 2018 Broomball Game was played which limited the amount of space people had to view the game. Completion of the outdoor event venue in April 2018, opened up the one block area. The last day to skate at the Downtown Commons Winter Ice Rink will be January 21st as they close out with a Luau theme ice skating party.

For more information about what is happening between now and the closing of the rink or to book a private party, go to www.downtowncommons.org, contact Downtown Commons Event Manager Paula Atkins at paatkins@mcgtn.net or 931.245.3700 or visit the Downtown Commons Winter Ice Rink Facebook Page.