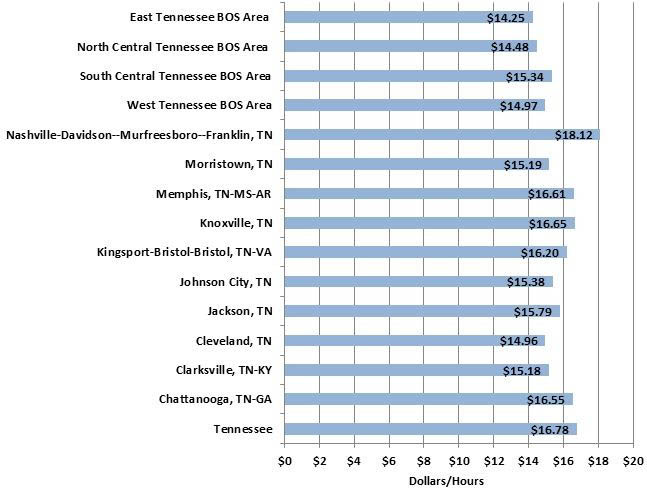 Nashville, TN – The Tennessee Department of Labor and Workforce Development has compiled the latest data that reveals the largest occupations in the state and the salaries workers in those fields earn. 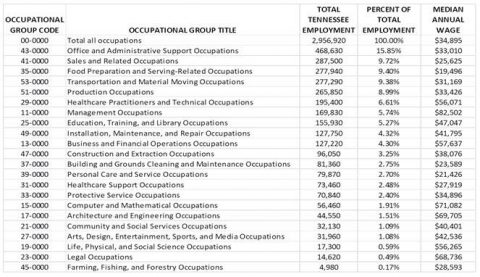 The five largest occupational groups with median annual wages greater than $20,000 represent one of every two workers in Tennessee.

These groups include healthcare practitioners, production occupations, transportation workers, sales occupations, and employees in the office and administrative support.

The May 2018 data from Tennessee’s Occupational Employment and Wages Survey (OES) identified the largest occupations in these industries and their wages, including the lowest and highest, paid, for the state and 14 sub-state areas.

This largest wage survey in the state, done in cooperation with the U.S. Bureau of Labor Statistics, included 16,800 employers and achieved a 70 percent response rate of employers in the sample.

Healthcare practitioners, such as doctors, dentists, nurses, and technical employees, represent 6.6 percent of all employees with employment of 195.4 thousand workers.  The largest occupations include registered nurses (60,360), licensed practical and vocational nurses (24,410), and pharmacy technicians (10,860).  Wages listed below are median annual wages.

The fourth-largest occupation group in Tennessee with 9.4 percent of employees and slightly over 277 thousand workers was transportation and material moving jobs.  Laborers and freight, stock and material movers (95,200) and tractor-trailer truck drivers (63,030) were the top two occupations.

The highest-paid occupations in this group consisted of airline pilots, copilots and flight engineers ($91,318) and transportation inspectors, ($80,316).

The second-largest major employment group in Tennessee (9.7%) accounted for 287.5 thousand workers.  The retail salesperson (88,980) and cashiers (76,290) were the largest occupations in employment.

On the other extreme, the occupations with significant employment but with the lowest wages included retail sales-persons ($23,072) and cashiers ($20,029). 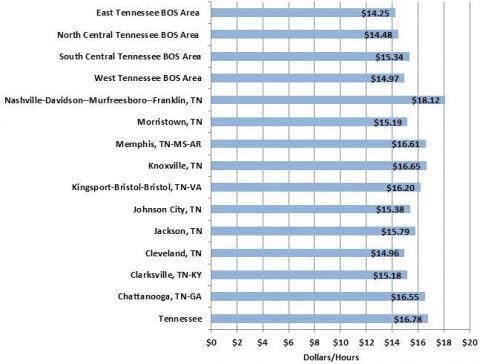