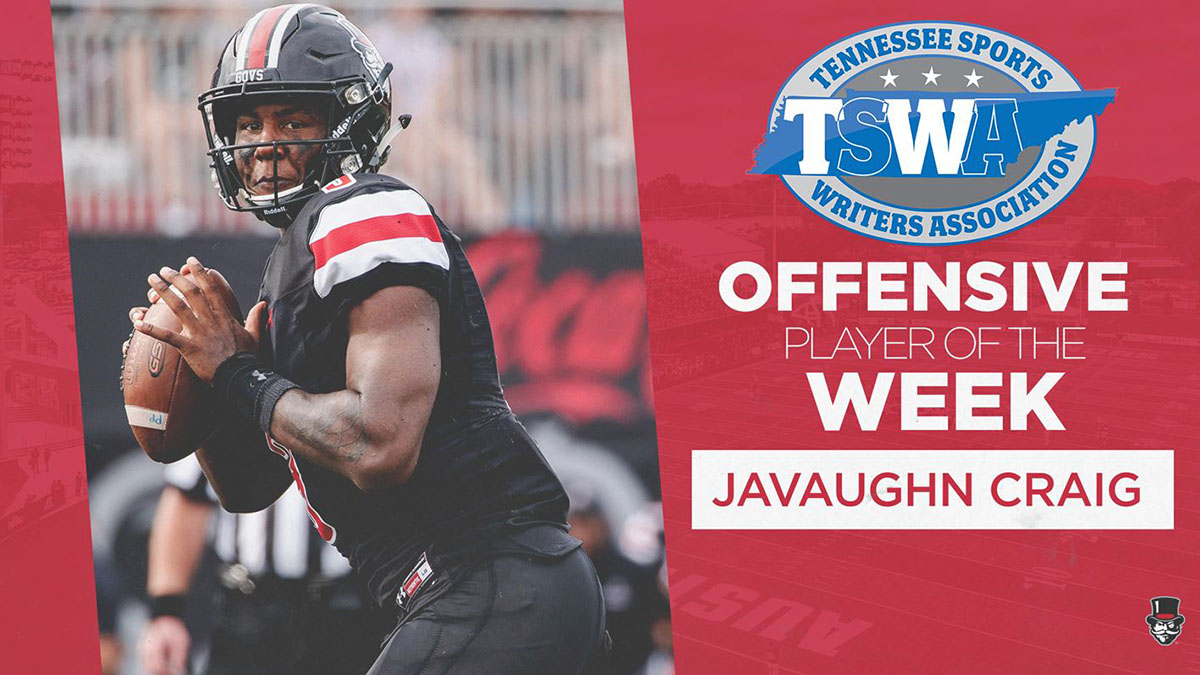 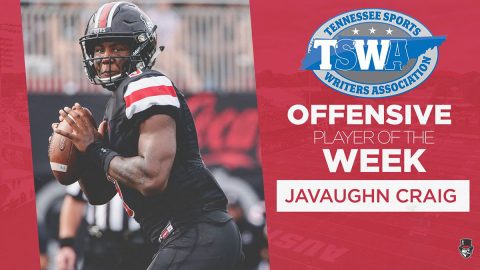 The Chattanooga Tennessee native finished 15-for-21 passing for 220 yards, then added 30 yards and a trio of scores on the ground, the last a recovered fumble in the end zone.

In his three full games since taking over for the injured Jeremiah Oatsvall, Craig is 51-for-89 passing (57.3 percent) for 690 yards and four touchdowns passing, while adding 27 carries for 112 yards (4.2 yards per carry) and three scores on the ground

Craig and the Govs are on the bye this week before returning to Fortera Stadium for an October 12th matchup against 2018 FCS Playoff participant Southeast Missouri.