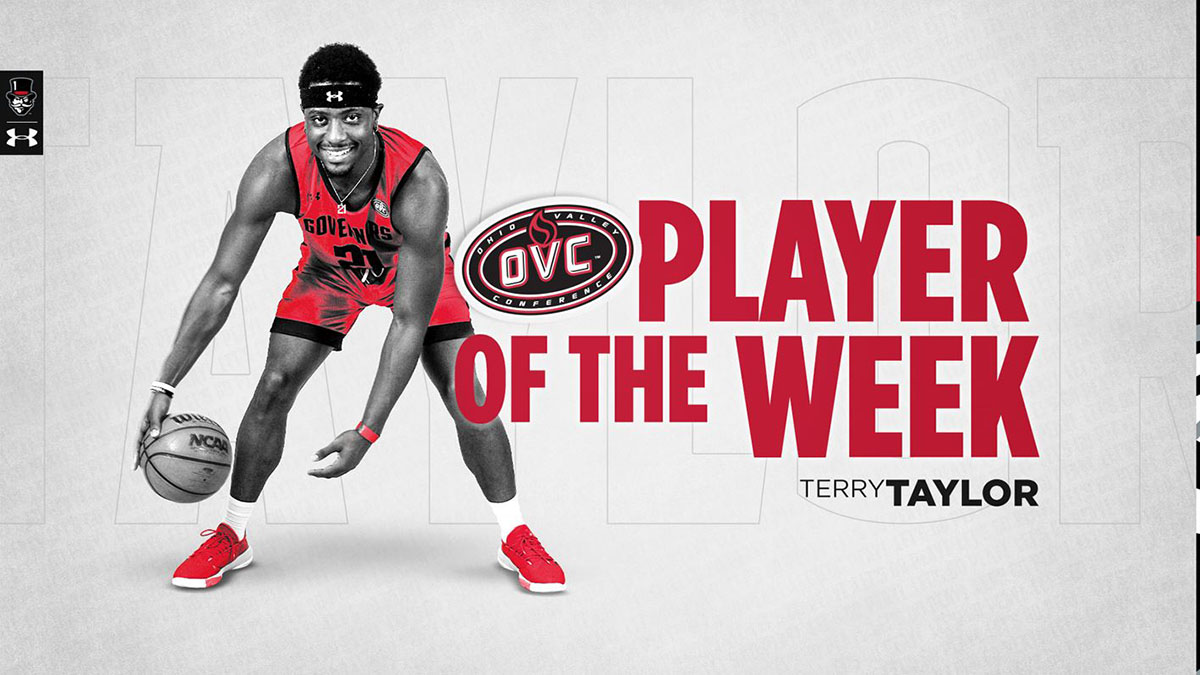 Brentwood, TN – For the second time in this season and 14th in his Austin Peay State University (APSU) men’s basketball career, Terry Taylor has been named Ohio Valley Conference Men’s Basketball Player of the Week. 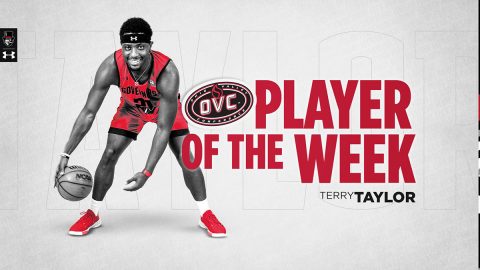 Then came the second half, and with it a 22-point effort that fueled Austin Peay State University’s comeback win; Taylor would score 10 of Austin Peay’s final 15 points to put the game away in front of a national audience on ESPNU.

Through his first eight games, Taylor is once more among the nation’s statistical darlings, averaging 21.0 points (25th in Division I) and 11.0 rebounds (11th), hitting 57.7 percent from the floor and 87.0 percent at the line while chipping in with a steal per night. He leads the league in scoring, rebounding, free-throw percentage, double-doubles, offensive rebounds per game, total points, total rebounds, total field goals made and attempted, and minutes per game.