Clarksville, TN – With the regular season in the books, the Austin Peay State University (APSU) women’s basketball is set to make its seventh-consecutive appearance in the Ohio Valley Conference Women’s Basketball Championship; where the Governors will square off with Belmont for the first time since the First Round of last year’s OVC Tournament in a 3:30pm, Wednesday, tilt at the Ford Center in Evansville, Indiana.

In what was a strange season of college basketball, Austin Peay and Belmont did not meet in the regular season for the first time since the Bruins joined the OVC in 2012. The Governors posted a 10-8 record in conference play to earn the No. 7 seed in this year’s tournament, while Belmont went 14-3 in league action to claim the No. 2 seed.

Belmont played 11 games in the final month of the season, winning 10 of them, and closing out the regular season on a seven-game winning streak. In contrast, Austin Peay State University played just eight times in the month of February and enters the postseason after dropping the final two games of the regular season.

The winner of Wednesday’s contest between Austin Peay State University and Belmont will play a 3:30 p.m., Friday, semifinal game against the winner of the No. 3 Southeast Missouri and No. 6 Murray State.

After winning four-straight Ohio Valley Conference Tournament titles from 2016 to 2019, Belmont shared the league’s regular-season title last season, but fell to eventual-champion No. 3 seeded Southeast Missouri in the semifinals of the 2019-20 OVC Tournament.

Fourth-year head coach Bart Brooks’ squad went 10-1 in the month of February to close the season with a 14-3 mark in conference play and a 17-5 record overall. Belmont is led by the 2020-21 OVC Freshman of the Year, Destinee Wells, who was also named a First-Team All-OVC and an OVC All-Newcomer selection.

Junior guard Conley Chinn was named a 2020-21 First-Team All-OVC selection, she is averaging 12.9 points per game, which ranks 11th in the conference. Chinn ranks third in the OVC in field-goal percentage (47.3%) and is averaging 1.8 made three-pointers per game — good for 11th-best in the league.

Freshman guard Tuti Jones leads the Bruins on the defensive end and is averaging 3.3 steals per game, which leads the OVC. Jones also ranks third in the conference in three-point percentage (37.5%), sixth in three-pointers made (2.1), and 22nd in scoring (8.8).

As always Belmont is one of the OVC’s best three-point shooting teams; the Bruins lead the league in three-pointers made per game (8.9) and rank second in three-point percentage (35.3%).

Austin Peay State University and Belmont last squared off in the First Round of the 2020 OVC Tournament, with the Bruins knocking off the Govs, 76-73, on March 4th, 2020, at the Ford Center in Evansville, Indiana.

Arielle Gonzalez-Varner led the Governors on the offensive end in her final game, scoring 20 points and shooting 64 percent from the floor. Ella Sawyer and current Austin Peay State University graduate assistant Nieja Crawford each scored 10 points and grabbed 3 rebounds; Sawyer dished out a team-high 5 assists and Crawford posted 4 assists in her final game.

Myah LeFlore was the final APSU Gov in double figures, scoring 14 points and matching her career-high with 2 three-pointers. D’Shara Booker led the Govs on the glass, grabbing 9 rebounds and also chipping in 8 points.

Ellie Harmeyer led Belmont with a 27-point, 13-rebound double-double, she went 12-17 from the free-throw line. Maura Muensterman hit three three-pointers and scored 12 points for the Bruins, while Maddie Wright added 12 points and 8 rebounds.

Midlick’s streak of six-straight trips to the OVC Tournament is the second-longest streak by a coach in program history, trailing only Susie Gardner, who led the APSU Govs to the postseason in seven-consecutive seasons from 1997 to 2003.

Dating back to 2015, the Govs have made seven-straight trips to the OVC Tournament. That is the second-longest streak of postseason appearances in program history, trailing only a 10-year streak from 1994 to 2004.


The APSU Govs defense ranks third in the OVC in turnovers forced per game (17.6) and steals (8.5); Austin Peay has recorded double-digit steals in eight games and 18+ turnovers in 12 games.

Ella Sawyer is averaging 3.1 assists per game and has led the Governors in helpers in seven of the 13 games she has played in this season.

The OVC Tournament in the time of COVID-19 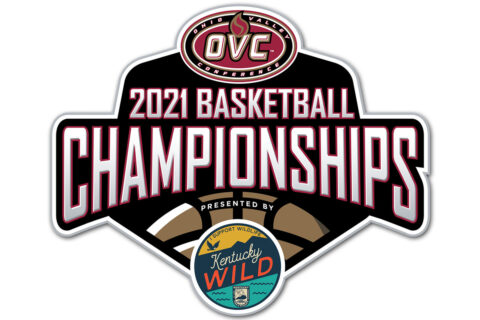 Fans attending this year’s event will be temperature screened upon entering the Ford Center and will be required to wear a face-covering/mask at all times. Spectator seating for the Championships is limited and will be divided into socially-distanced pods. Pods will be spaced by the CDC prescribed safety distance of at least six (6) feet apart from other seating pods.

This buffer is comprised of the row in front and behind the group being left vacant as well as a minimum of three seats on either side of the pod. All aisleway seats will be left vacant in order to maintain a buffer from patrons as they move to their assigned seating locations. All spectator seats will be sanitized before use and there will be increased sanitization performed in all commons areas.

Check back at LetsGoPeay.com and on Austin Peay State University’s Official Athletics Facebook page often for up-to-date news about all APSU Governor athletics, as well as the Governor women’s basketball Twitter page (@AustinPeayWBB). Live stats will be available during the game at PeayStats.com, and all home games and Ohio Valley Conference games can be viewed on the ESPN+ app. ESPN Clarksville (104.1 FM/540 AM) will carry the radio broadcast locally and online.