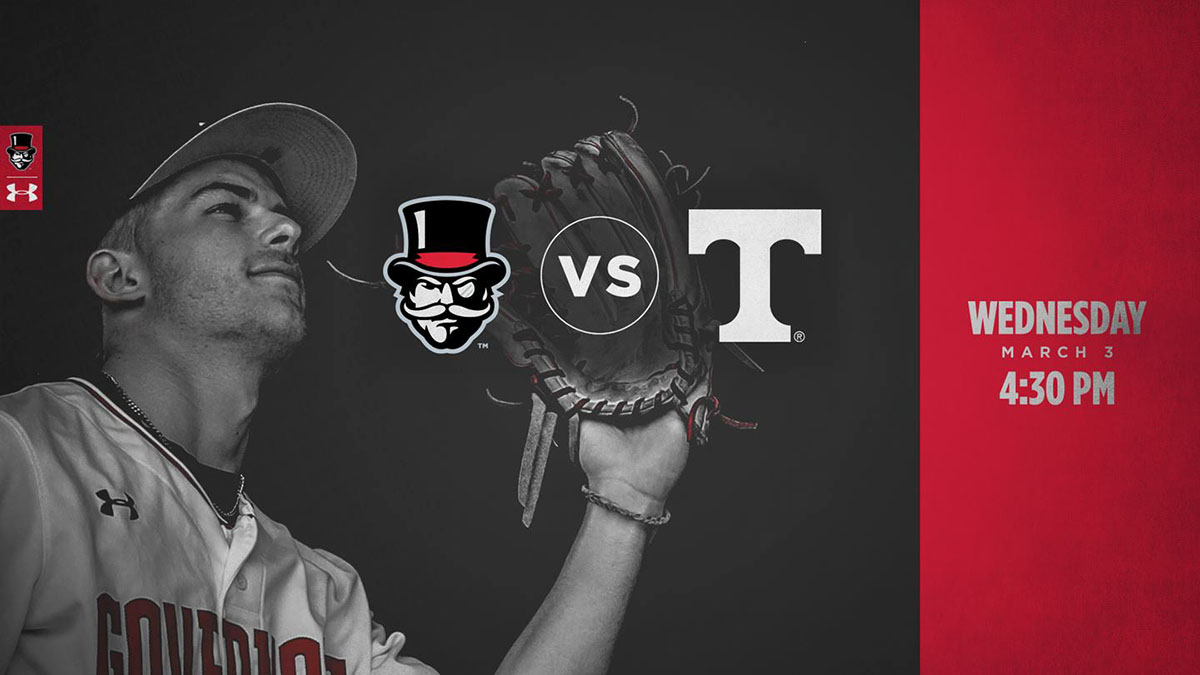 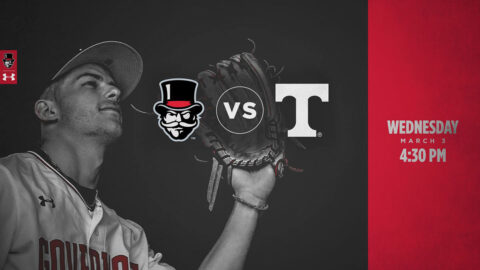 The game will be televised on ESPN+.

The Govs Sports Radio Network will join the game in progress following the conclusion of the APSU women’s basketball game.

The Governors broke into the win column to close out last weekend’s series against Army, rallying from a 7-5 deficit to win 12-7. First baseman John McDonald started to make his presence felt, going 4-for-8 with two doubles and a team-leading four RBI in the series. Center fielder Garrett Spain went 3-for-10 for the second-straight series but was held to a lone RBI against Army.

Tennessee enters the weekend after picking up an extra-inning victory against Indiana State, Sunday, bouncing back from back-to-back losses to open the set. Jordan Beck leads the Vols with three home runs (seven extra-base hits) and 12 RBI this season. Wednesday starter Camden Sewell will be making his season’s first start after two relief appearances totaling 5.1 innings this season.

Inside The Tennessee Series

Left fielder TJ Foreman finished the Army series with hits in back-to-back games, including a triple in the finale. He scored 3 times and stole 2 bases in the final 2 games.


Preseason All-OVC center fielder Garrett Spain went 3-for-6 with 3 walks in the Army series’ final two games after moving into the No. 2 spot in the lineup. However, he was limited to 1 RBI during the series.

Right fielder Skyler Luna started the first two games in right field against Army before coming off the bench in Game 3. He had 1 hit in the set, but it was a RBI double in the series opener.

Third baseman Gino Avros was held without a hit against Army but earned 4 walks – 2 each in the series’ final two games. He has 5 walks in 6 games this season.

Transfer Xavier Torres was the Govs’ Opening Day starter at shortstop and recorded his first collegiate base hit and a walk in the opener at DBU. He has 3 walks this season.

Preseason All-OVC first baseman John McDonald started Games 2 & 3 against Army, finishing the series with a 3-for-5, 4 RBI performance that including a double.

Bobby Head has played all four infield positions in the season’s first 6 games. He closed the Army set with a 2-for-4, 3 RBI effort Sunday that included his season’s first home run.

Catcher Jack Alexander’s has started behind the plate in 5 of the Govs’ 6 games this season. He went 3-for-13 in the Army series, including a 2-for-4 outing in the opener.

Right fielder Jeremy Wagner started Games 1 & 3 against Army and closed the weekend with a 2-for-5, two RBI performance that included a double for his first extra-base hit at APSU.

Designated hitter Ty DeLancey got the Opening Day start and picked up a base hit in the opener.

Catcher Tyler Cotto and designated hitters Harrison Brown and Reid Brown each made their first start this season during the Army series.

ESPN+ is a Disney-owned premium add-on streaming service offering exclusive sports coverage, events, and original sports programming. After subscribing to ESPN+, you can access content through the ESPN app (Formerly WatchESPN.) An ESPN+ subscription costs only $5.99 per month (click on subscribe to ESPN+ only). There is no contract so you can cancel any time you like.

In addition to ESPN, Disney also owns Hulu and the Disney+ streaming service. You can get Disney+, Hulu, and ESPN+ just $12.99 by signing up here!