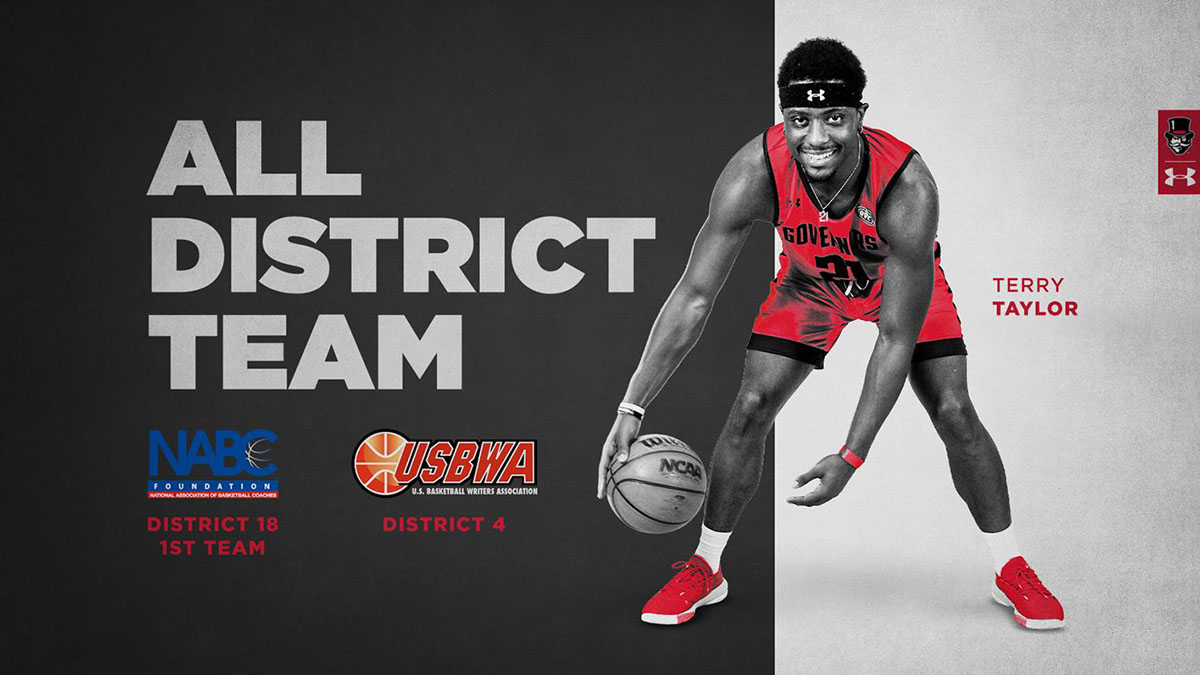 Clarksville, TN – Tuesday, March 16th, 2021, was another in a long list of days that saw Terry Taylor lauded by some of the brightest minds in college basketball. 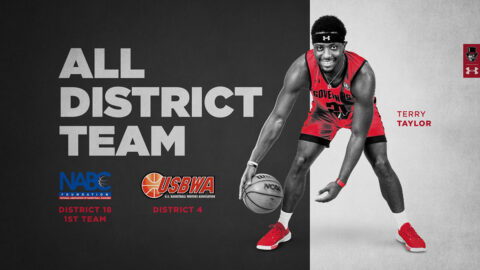 A short time later, Taylor earned his second straight United States Basketball Writers Association All-District honor; he’s the only player in program history to earn honors from the nation’s writers association, and now he’s done so twice as a Gov.

Taylor’s case as one of the greatest players in league history has continued to gain steam over the course of his career, culminating in a senior campaign that saw him shatter Austin Peay State University’s career scoring record and become just the fifth player in Ohio Valley Conference history to score 2,000 points and grab 1,000 rebounds in his career.

Taylor also was named first-team All-OVC for the fourth straight season—he’s only the third player in league history to earn that accolade four times, joining Eastern Kentucky’s Nick Mayo and Western Kentucky’s Ralph Crosthwaite, who did so roughly 60 years apart.

Ahead of the NCAA Tournament beginning later this week, Taylor is among the nation’s top-10 in scoring (eighth), rebounding (seventh), field goal attempts (438, fifth), field goals made (228, third), total points (584, fifth) and total rebounds (301, second). He also leads all of Division I with 20 double-doubles and 5.15 offensive rebounds per game.


Two players during the 2020-21 season averaged 20 points and 10 rebounds per night across all of Division I—one was Loyola Maryland’s Santi Aldama and the other is Taylor, for the second year in a row. Taylor, Aldama, and The Citadel’s Hayden Brown are the only Division I players leading their respective leagues in scoring and rebounding.

There is of course the small matter of what Taylor has done this season to shape his narrative as one of the greatest players in school history. Already he’s the all-time leader in scoring (2,507 points), field goals made (967) and field goals attempted (1,804). He’s also among the program’s top-10 in rebounding, free-throws made, free-throws attempted, blocked shots and three-pointers attempted.

Among peers, Taylor has few: he’s the nation’s active career leader in field goals made, rebounds (1,248), consecutive starts (127) and double-doubles (62). In all, he can be considered nothing less than one of the 10 or so best upperclassmen in Division I this season by a statistical perspective, ranking among the top-10 in eight categories.

As these honors encompass his final season in an Austin Peay uniform, it’s fitting to include the highlights from yet another exemplary campaign.

The USBWA has selected All-District Teams since the 1956-57 season, its founding year; it was formed in 1956 at the urging of then-NCAA Executive Director Walter Byers. Today, it is one of the most influential organizations in college basketball. For each of the nine geographic districts, ten players are selected (11 in the case of ties) as well as a player and coach of the year.

USBWA District IV encompasses programs from the states of Kentucky, Tennessee, Mississippi, Alabama, Georgia, and Florida; Taylor was one of two players not from an SEC or ACC school to make this year’s All-District IV team, joining Western Kentucky’s Charles Bassey.