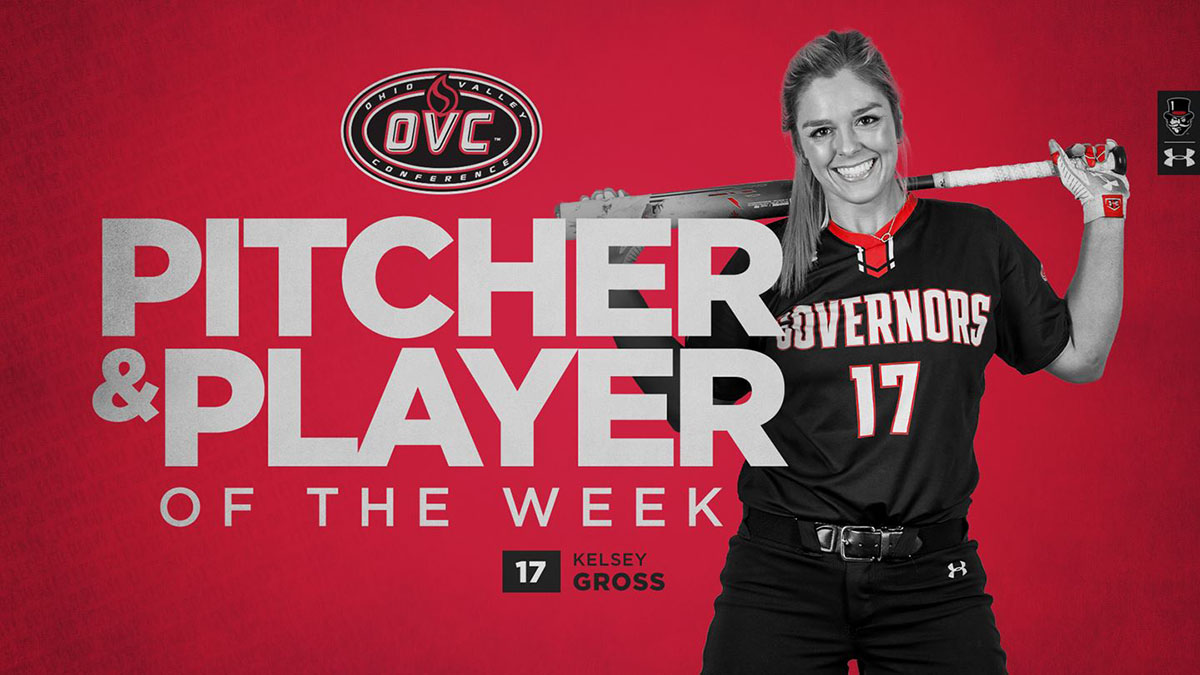 Brentwood, TN – Austin Peay State University (APSU) softball pitcher/first baseman Kelsey Gross made program history by becoming the first Governor to be named both the Ohio Valley Conference Player and Pitcher of the Week in the same week, the league announced Monday. 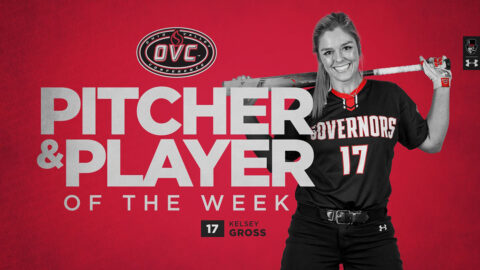 It marks the first time since SIU Edwardsville’s Haley Chambers took home took both honors on February 9th, 2015 that it has happened.

With the honors, Gross becomes just the third APSU Governor, joining Lauren de Castro in 2012 and Morgan Rackel in 2019, to earn both Player and Pitcher of the Week honors in the same season and the fourth overall (Natasha Anderson, deCastro, Rackel) to earn both honors in their career.

It is the 16th time overall since 1994 an APSU player has taken the conference’s top honor and the second time in as many weeks, with senior outfielder Bailey Shorter earning the conference’s nod last week.

The Collierville, Tennessee native batted .462, with two home runs, in four wins last week, including picking up two game-winning hits among her 10 total RBIs, as the APSU Govs clean-up hitter moved into a tie for the top spot in the OVC in RBIs this season.

In the circle, Gross appeared in three of the four games played by the Govs this week, not allowing a run in her eight-total innings of work and holding opponents to a .148 batting average.

She opened the week by pitching the final four innings of the Govs 10-inning win versus Murray State, giving up no runs, on one hit and striking out two. Gross then came in to relieve in Game 2 versus the Racers, throwing two shutout innings, giving up two hits,  and striking out one.

Her final appearance in the circle this week came in Game 1 against Jacksonville State, earning a save after throwing two shutout innings, giving up one hit, and a walk while striking out one.

Gross’ selection marks the 24th time in the program’s history that an Austin Peay State University softball player has been selected OVC Player of the Week and the 18th time as Pitcher of the Week.