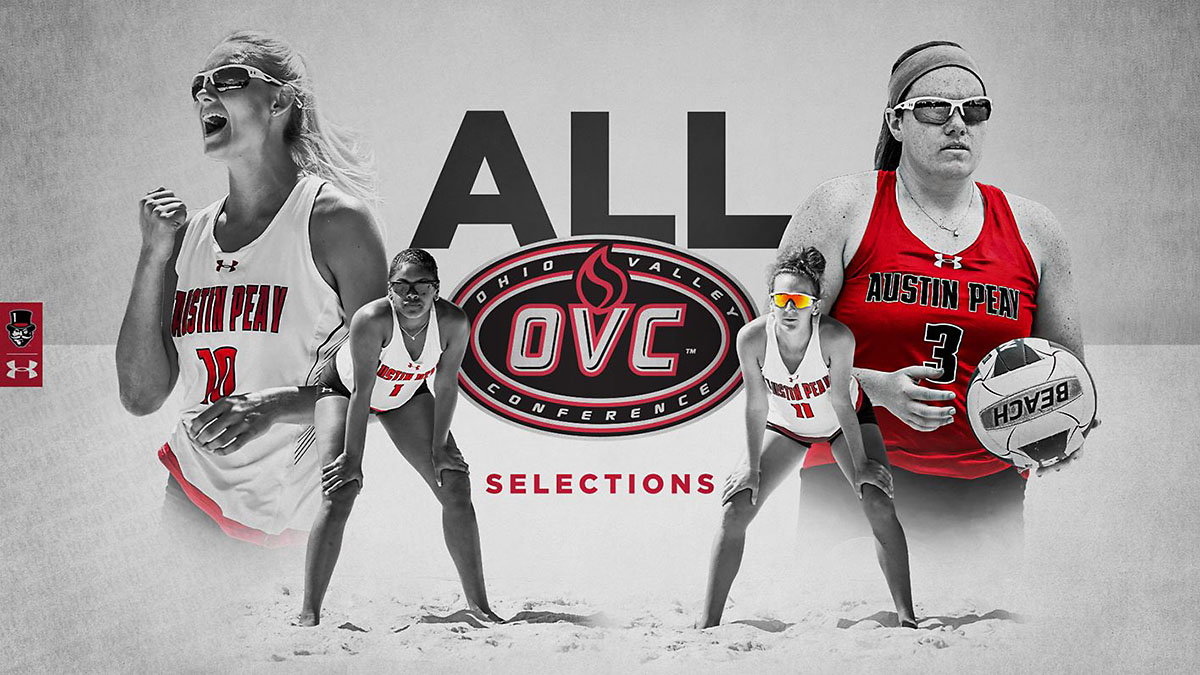 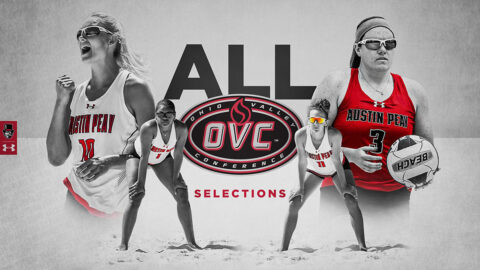 After missing the first six matches of the season, Bullington returned to the Austin Peay State University lineup and promptly won five times in the season’s final eight matches.

Bullington, whose true freshman season was cut short by the COVID-19 Coronavirus pandemic, won a pair of matches in the No. 2 position and won three times in the No. 1 pairing for the Govs.

The First Team All-OVC pairing of Panning and Moore led the Governors with an 11-3 record this season. The duo posted five wins while playing as the Govs No. 1 pairing and went a perfect 6-0 while playing as the No. 2 pairing. As one of the first Governors to play a full four-year beach volleyball career at APSU, Panning is the program’s all-time winningest player with 48 career wins on the sand.

Receiving Second Team All-OVC honors, the duo of Bullington and Hood posted a 5-3 record this season. The freshman-sophomore combo won three wins as the Governors No. 1 pairing and were a perfect 2-0 as the No. 2 pairing.

After a slow start to the season, Austin Peay State University went 5-2 during the second half of the regular season and earned the No. 4 seed in the inaugural OVC Beach Volleyball Championship. The Governors kickoff the OVC Beach Volleyball Tournament with a 1:00pm, Thursday, match against No. 5 seed Jacksonville State at the Skyhawk Beach Volley Complex in Martin, Tennessee. The winner of the opening match between the APSU Govs and Gamecocks will then play a 5:00pm, Thursday, match against top-seeded Morehead State.