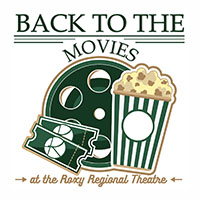 Clarksville, TN – Beat the heat this summer with cool air conditioning, comfy seats, tasty concessions, and a slice of nostalgia at the Roxy Regional Theatre located on the corner of Franklin Street and First Street in Downtown Clarksville.

Patrons can get “Back to the Movies” on Friday nights in June and July with a host of budget-friendly entertainment options: Coming To America. The Secret Garden, Disney’s The Princess and the Frog, Mr. Smith Goes To Washington, Air Force One, National Lampoons’s Vacation, and Stand By Me.

Prince Akeem (Eddie Murphy) is the prince of a wealthy African country and wants for nothing, except a wife who will love him in spite of his title. To escape an arranged marriage, Akeem flees to America, accompanied by his persnickety sidekick Semmi (Arsenio Hall), to find his queen. Disguised as a foreign student working in fast food, he romances Lisa (Shari Headley), but struggles with revealing his true identity to her and his marital intentions to his king father (James Earl Jones).

When Mary Lennox’s parents suddenly die, she is sent to live with her domineering uncle, Archibald Craven, on his remote country estate deep in the Yorkshire moors.  While exploring the grounds, she discovers a hidden magical garden in this new take on Frances Hodgson Burnett’s beloved classic novel, starring Colin Firth, Julie Walters and Dixie Egerickx.


Disney’s The Princess and the Frog

Hardworking and ambitious, Tiana (Anika Noni Rose) dreams of one day opening the finest restaurant in New Orleans. Her dream takes a slight detour when she meets Prince Naveen (Bruno Campos), who has been turned into an amphibian. Mistaking her for a princess and hoping to break the spell, Naveen plants a kiss on poor Tiana — thereby turning her into a frog as well. The pair hop along on an adventure through the bayous to seek the help of a powerful voodoo priestess to restore their true forms.

When the idealistic young Jefferson Smith (James Stewart) winds up appointed to the United States Senate, he gains the mentorship of Senator Joseph Paine (Claude Rains). However, Paine isn’t as noble as his reputation would indicate, and he becomes involved in a scheme to discredit Smith, who wants to build a boys’ campsite where a more lucrative project could go. Determined to stand up against Paine and his corrupt peers, Smith takes his case to the Senate floor in this Best Picture nominee directed by Frank Capra.  (Not Rated)

After making a speech in Moscow vowing to never negotiate with terrorists, President James Marshall (Harrison Ford) boards Air Force One with his family and advisers. When a group of terrorists led by Ivan Korshunov (Gary Oldman) hijacks the flight, the President’s principles are put to the test. Using his strength and guile, the Commander-in-Chief must spring into action and race against time to rescue his family and everyone else on board.

The all-American Griswold family just wants to go on an all-American vacation. Everything is planned, packed … and about to go hilariously wrong as a simple trip quickly becomes a madcap cross-country odyssey. In the driver’s seat is Clark Griswold (Chevy Chase), an Everyman eager to share the open road and the wonders of family togetherness. Myriad mishaps, crude kin (Randy Quaid), encounters with a temptress (Christie Brinkley), financial woes, Aunt Edna (Imogene Coca) on the roof, one security guard (John Candy) and 2,460 miles later … there’s never been a family vacation like it!

After learning that a stranger has been accidentally killed near their rural homes, four Oregon boys decide to go see the body. On the way, Gordie Lachance (Wil Wheaton), Vern Tessio (Jerry O’Connell), Chris Chambers (River Phoenix) and Teddy Duchamp (Corey Feldman) encounter a mean junk man and a marsh full of leeches, as they also learn more about one another and their very different home lives. Just a lark at first, the boys’ adventure evolves into a defining event in their lives in this coming-of-age tale directed by Rob Reiner and based on a novella by Stephen King.

A number of safety measures are in place, including extra cleaning and limiting each screening to 60 patrons to allow for proper social distancing in the auditorium.  Facial coverings to mask the nose and mouth are also required for staff and patrons, and sanitizer stations are located throughout the building.

Popcorn, assorted candy, and drinks are available as concessions in sealed packaging.

Due to limited capacity audiences with no reduction in licensing fees, a new ticket pricing structure is in place.  Admission to all films is now $10 for adults and $5.00 for ages 13 and under (plus a ticketing operation fee).  Tickets are available online 24/7 at www.roxyregionaltheatre.org or by phone at 931.645.7699 and in-person between 9:00am and 2:00pm, Tuesdays through Fridays.

The box office will also be open starting 30 minutes prior to each Friday night’s movie.

The Roxy Regional Theatre (Roxy Productions, Inc.) is a 501(c)(3) nonprofit organization dedicated to producing professional live theatre and promoting the arts, with emphasis on education, in Clarksville, Middle Tennessee, and the Southeast.  The theatre is located at 100 Franklin Street in Historic Downtown Clarksville.