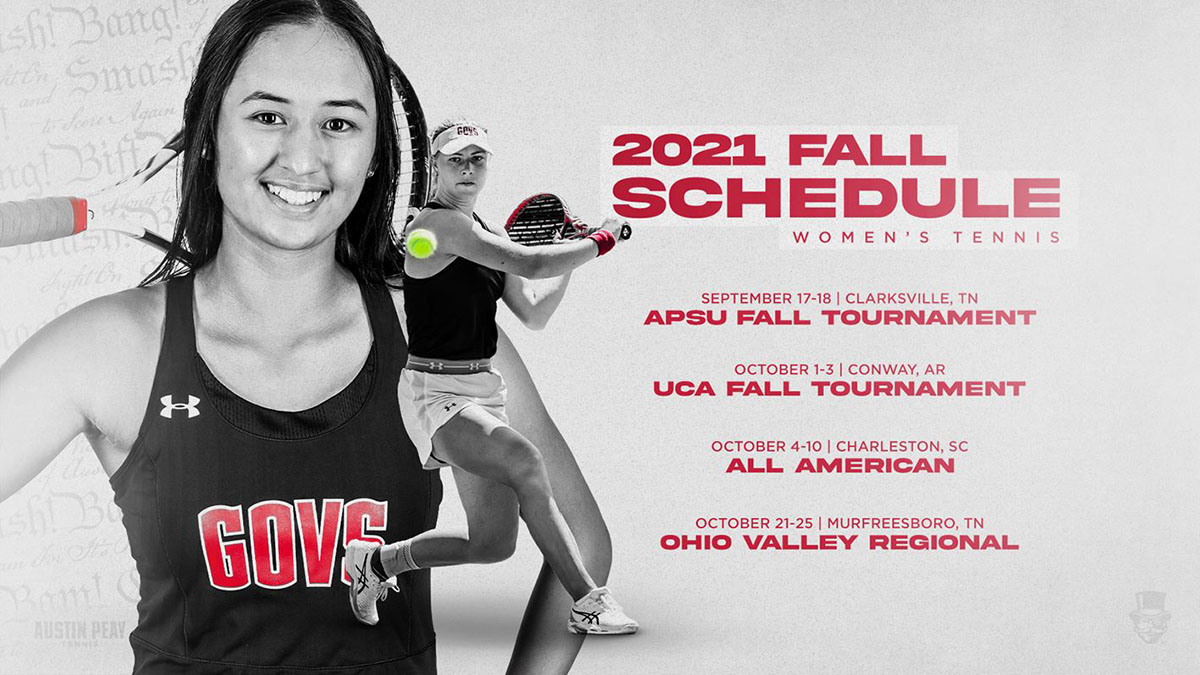 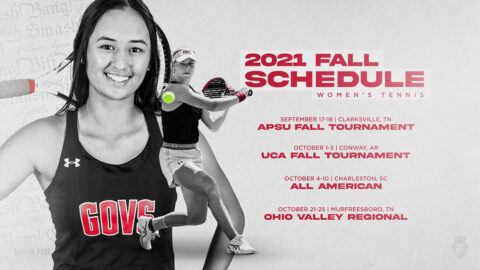 “It is a similar schedule this fall to the 2019 schedule,” Brown said. “We have regionals and then our own tournament as well. This spring we have some good competition.”

“We are playing Louisville and Kentucky on the same weekend. With them, we are upgrading and adding even better programs to our schedule. We want to play at the highest level and with those matches, it is important to see where you are, to challenge the women, and work out where we can get better,” stated Brown.

The Governors kick off the fall in Clarksville at the APSU Fall Invitational (September 17th-18th). The team then makes their first of two trips to Conway, Arkansas, where they compete in the UCA Fall Tournament (October 1st-3rd). Following the trip to Conway, the Govs turn and head to Charleston, South Carolina to take part in the Intercollegiate Tennis Association’s Women’s All-American Championship (October 4th-10th) before wrapping up 2021 in Murfreesboro at the ITA’s Ohio Valley Regional (October 21st-25th).

The match against the Razorbacks marks the first time the program has taken on a Southeastern Conference opponent in the regular season since January 16th, 2012, when it faced Vanderbilt.

The trip to the Bluegrass State kicks off with a contest against Western Kentucky (February 5th). Two weeks later, the Govs travel to Louisville (February 19th) to take on the Cardinals followed by a match in Lexington against Kentucky (February 20th).

Both the Govs’ SEC opponents appeared in last season’s NCAA Women’s Tennis Championship, with Arkansas falling in the first round and Kentucky in the second.

The Ohio Valley Conference slate begins with a trip to the Music City to take on Belmont (April 2nd) before back-to-back home matches against SIU Edwardsville (April 8th) and Eastern Illinois (April 9th).


On the road for three of their final four contests, the Govs play UT Martin (April 15th) and then face Southeast Missouri (April 16th) in a rematch of the 2021 OVC Women’s Tennis Championship.

The Govs host Tennessee State (April 22nd) in the final home match of the year and then head to Murray, KY to face off against the Racers (April 23rd) in the regular-season finale.