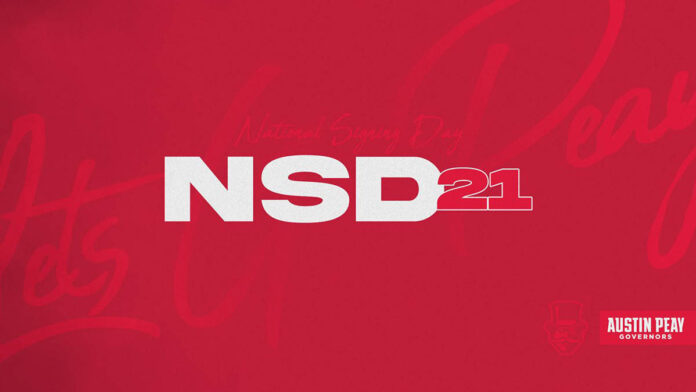 Hailing from Muralto, Switzerland, Mia von Ballmoos is the first Swiss-born player in Austin Peay soccer history. The soccer program also will keep its strong connection with our neighbors to the north intact with the addition of Sainte-Catherine, Quebec-native Anne-Audrey Lafond. Finally, Murfreesboro’s Zoey Kalilimoku and Alison Lalance will round out the four-person early signing period class.

“Overall, we are thrilled to be welcoming four wonderful ladies to the program,” said assistant coach Hayden Coffman. “Due to COVID, these last two years have not been ideal for these players, but to give them credit, they have been amazing through the recruiting process and we are thankful to have them join the Governors’ family today.”

“Their abilities on the pitch will help this program move in the right direction. Their understanding of the game and willingness to compete will allow them to make an immediate impact. It’s always tough to try and replace an outgoing class, but we believe that this group is up for the challenge,” Coffman stated.

During the 2018-19 season, FF Lugano 1976 finished second in Frauen Nationalliga A and made its European debut in the 2019-20 UEFA Women’s Champions League. von Ballmoos has also competed for the Switzerland women’s national under-19 football team.

Coffman on von Ballmoos… “Mia is a very intelligent and has a great understanding of the game. Her vision and willingness to get stuck into tackles are going to help us compete in the middle of the field. She is fierce in defending and will work hard to win the ball back. We’re really looking forward to her energy and overall vision that she will bring to our team.”

Kalilimoku’s father, Chad, played football at the Hawaii during the 2002 and 2003 seasons, before playing on the Miami Dolphin’s practice squad.


Coffman on Kalilimoku … “Zoey is another local player that is super athletic and brings a great competitive spirit to our team. She is a strong and technical defender that doesn’t get beat very often. Her mobility is great and her pace helps her in winning challenges while also being able to help start the attack. Zoey’s energy and physicality will only help solidify our defense in the coming years.”

Coffman on Lafond … “Anne-Audrey is a fast-paced attacking player that loves to take defenders on and score goals. She is really quick and does well being in front of goal. Her versatility will allow her to play anywhere up front.  Her attacking mindset and calmness under pressure will definitely help us create chances and score more goals.”


During her senior season, Lalance scored 14 goals and recorded eight assists, posting a hat trick in a 6-0 win over Blackman High School, Sept. 17, on Senior Night. Lalance also played her club soccer for the Tennessee Soccer Club 03/04 of the ECNL Regional League.

Coffman on Lalance … “Alison is a great local player that has a great IQ both on and off the field. She is technical, calm on the ball, and has great vision and understanding of the position. She impressed us with her movement and ability to find the ball and keep possession with her clean distribution. We are excited to have her apart of the program.”