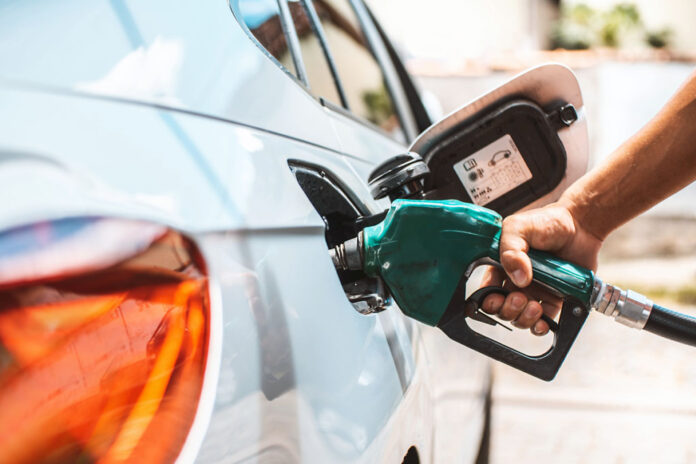 Washington, D.C. – Russia’s violent invasion of Ukraine has roiled the oil market, with crude spiking briefly to over $100/bbl before settling back into the mid-$90s.

The increase in the global price of oil has led to higher pump prices in the United States. The national average for a gallon of gas has risen to $3.61, eight cents more than a week ago.

“Russia’s invasion and the responding escalating series of financial sanctions by the U.S. and its allies have given the global oil market the jitters,” said Andrew Gross, AAA spokesperson. “Like the U.S. stock market, the oil market responds poorly to volatility. It’s an explosive situation, and a grim reminder that events on the far side of the globe can have a ripple effect for American consumers.” 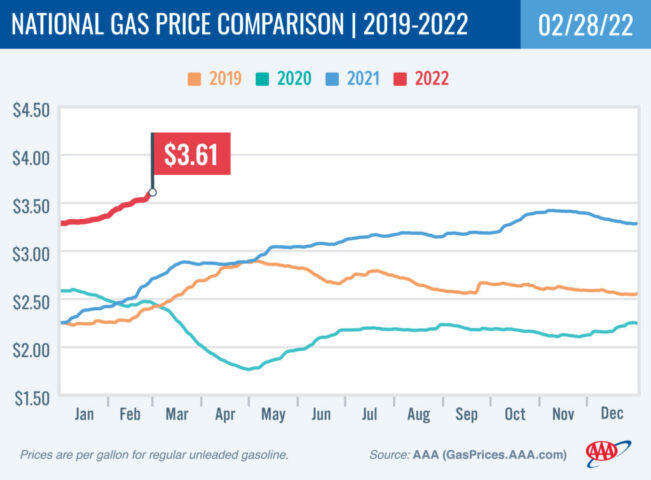 At the close of Friday’s formal trading session, WTI decreased by $1.22 cents to settle at $91.59. Although crude prices saw some fluctuations on Friday, they surged after Russia launched its military invasion of Ukraine earlier in the week.


As the conflict continues, the oil markets will likely respond by continuing to increase the price of crude oil to reflect more risk of disruption to tight global oil supplies this week. Additionally, EIA reported that total domestic crude stocks increased by 4.5 million bbl to 416 million bbl. The current stock level is approximately 10 percent lower than mid-February 2021, contributing to pressure on domestic crude prices.

Motorists can find current gas prices along their route with the free AAA Mobile app for iPhone, iPad, and Android. The app can also map a route, find discounts, book a hotel, and access AAA roadside assistance.